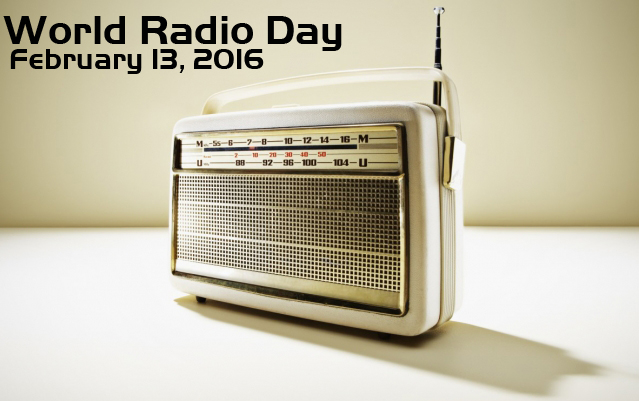 On the occasion of the World Radio Day on February 13, 2016, the Media Foundation for West Africa (MFWA) wishes to congratulate all radio personnel in the sub region for their selfless and brave efforts, through the power of radio, towards saving lives during the Ebola epidemic.

“Radio played a pivotal role because people initially thought that once you get the disease – that was the end. Without radio, it would have been difficult to combat Ebola. Radio helped to spread the news across different social strata. I am always proud of them and I think they deserve more than 100 percent recognition,” Yusuf Kabba, the national president of the Sierra Leone Association of Ebola Survivors explained.

It took a consolidated effort from the media, and radio was certainly one of the most effective means employed in the fight against Ebola, particularly in communication with rural people.

“During the Ebola outbreak, there were a lot of people especially in the rural areas, who had no knowledge of the virus,” said Edith Massa Greene, a native of Monrovia whose line of business took her to rural areas during the crisis. “They didn’t know what was going on; in fact they didn’t even believe that it was a virus. They didn’t believe that a common handshake could infect a whole household if one person is infected in the whole house.”

More than half of the West African population  live in rural areas[1] and radio continues to be the fastest and most effective medium to reach people in the villages and hinterlands. Community radio especially, filled in the gap in terms of coverage, reach and language during the Ebola public information campaign. Through discussions with opinion leaders and advertisements, radio was used as a medium for public information and education, and to express solidarity and empathy with all those affected.

“We did discussion programmes, jingles and radio dramas in local languages, where listeners afterwards could call in and ask questions”, Moses Bailey, award winning journalist at Radio Gbarnga in Bong County, Liberia, explained.

Despite the pivotal role of radio during emergencies and disasters, the Ebola outbreak in West Africa still had incidents of press freedom restrictions and attacks on journalists. This significantly hampered the provision of timely and accurate information, particularly in the worst-affected countries of Guinea, Liberia and Sierra Leone.

In Guinea three journalists were brutally killed by a mob during a mission to provide information on Ebola, and in Sierra Leone it was reported that officials had adopted measures with the potential of instilling fear in journalists and deterring independent and impartial reporting.

The Ebola outbreak in West Africa has been the deadliest in the history of the disease. By February 3, 2016, a total of 28,639 Ebola cases had been reported with 11,316 reported deaths, according to the World Health Organisation (WHO)[2].

The MFWA once again wishes to applaud these brave radio journalists who helped control and prevent a further spread of Ebola during this emergency, and to call on all state and non-state actors to help create an enabling and non-restrictive environment to allow radio journalists to continue this important task.

World Radio Day is an annual celebration of radio as a day to remember the unique way radio touches and impacts the life of people around the planet – as the most effective medium to reach. The World Radio Day was initiated by UNESCO in 2011 and falls on February 13 every year.

The theme of World Radio Day 2016 is: Radio in Times of Emergency and Disaster.