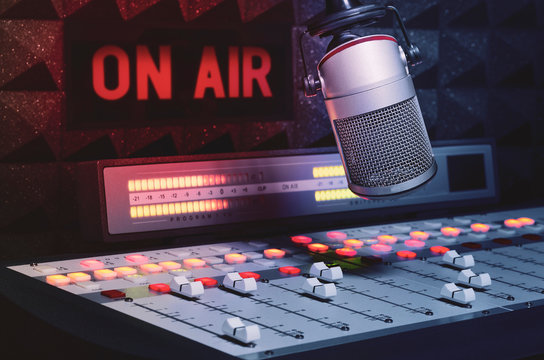 From the struggle for independence in Africa to the early independence years, through to the military-rule era of the 70-90s, radio has played an indispensable role in the lives of many African nations.  Through the above function, radio has put its indelible imprint on the daily lives of people in all spheres of life. Its accessibility, affordability, and real-time delivery of news and information, especially in local languages, has made radio the medium of choice even in the modern era of the internet.

Indeed, the internet has provided an impetus to radio, allowing original radio content to be received in different formats such as podcasts, spaces, and on social media platforms.

Radio can facilitate experience and knowledge impartation from an accomplished but illiterate farmer, linguist, oral historian, counselor, conservationist, herbalist, or artisan to a literate audience, a quality that is not available for the newspaper. Radio has built for itself a reputation as one of the most accessed sources of news and its ability to enable its audience to participate and provide feedback through phone-ins has endeared it to the public.

In recent times, however, the values that radio stands for, particularly trust, are being eroded. It is out of concern over the dwindling credibility of radio that UNESCO has chosen as the theme for this year’s World Radio Day celebration “Radio and Trust”.

Indeed, over the years, there have been concerns about falling standards across all media types across West Africa. Given the close correlation between ethical standards and credibility, the concerns over dwindling public trust are well-founded.

For instance, the MFWA’s monitoring of ethical standards in the media in Ghana confirms the deterioration. Radio recorded the highest ethical breaches in MFWA’s monitoring of the content of newspapers, online news portals, and radio. Out of 2710 ethical violations recorded, 65% were recorded on radio. Unfortunately, the bulk of the infractions occurred at prime-time, and sadder still, some presenters were cited to have done a terrible job of their gatekeeping duties. Not only did they fail to disallow foul language, incendiary remarks, ethnically-divisive language, expressions liable to trigger violence, among other infractions, the moderators in many cases uttered and allowed unsubstantiated allegations which left some of their audiences confused as to what information was to be trusted. The study underlined lack of training, and professionalism among show hosts, radio presenters, and news anchors as key reasons for the waning ethical standards and trust in radio. Another major factor accounting for this slide into mediocrity is not far-fetched; a good number of media outlets are owned by politicians.

The findings of the ethics monitoring in Ghana, as we have observed over the years, fairly represent the dropping professional and ethical standards across the West Africa region, needing urgent collective action.

In spite of these drawbacks, radio continues to enjoy relatively higher trust among the public compared to other media genres.  At the outbreak of the first wave of the COVID-19 pandemic, radio, with its ability to transmit in local language, was used as a tool to combat the infodemic that characterised the spread of the virus. The MFWA worked with many locally based radio stations to fight the wave of misinformation and disinformation about the pandemic while educating their audiences on the nature of Sars-cov-2 and how to prevent it. Having the partner radio stations on board as trusted channels of information immensely contributed to mitigating the devastating impact of the pandemic.

As a medium that reaches masses of people, it is imperative that the public’s trust in radio is boosted at all times since they rely on its information to make informed choices in their daily lives. The MFWA, therefore, calls on all stakeholders in the radio industry to rededicate themselves to preserve the credibility of radio to regain lost grounds in terms of public trust. Specifically, the MFWA recommends that

Media regulatory bodies must constantly quell the disregard of ethical principles by the media in all fairness and without political influence. They must continuously monitor and invite media owners, hosts, and journalists to dialogue and build consensus on upholding professional standards.