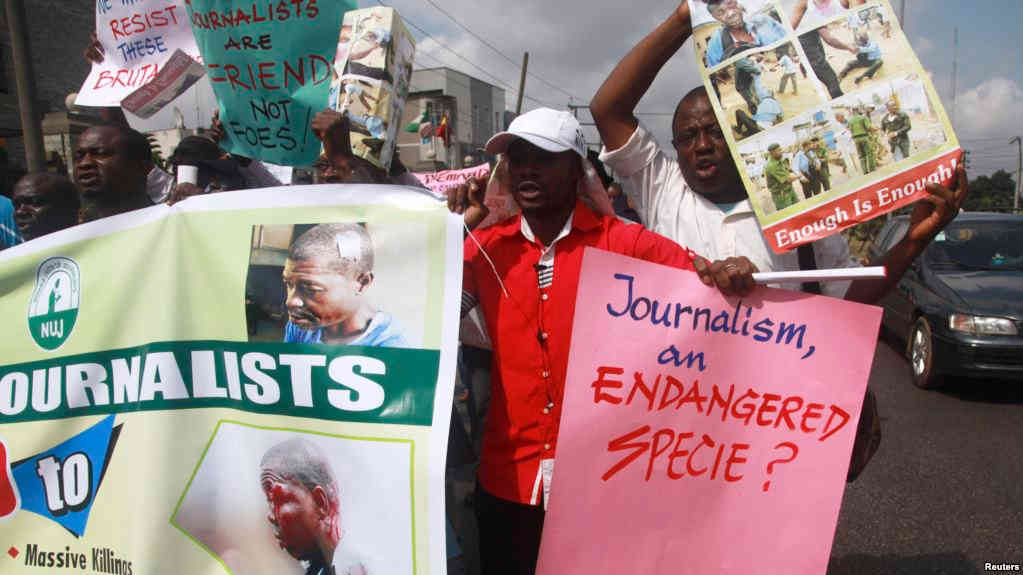 The Media Foundation for West Africa (MFWA) has called for investigations into acts of brutalities against journalists covering the COVID-19 and other violations against media professionals in relation to their publications on the pandemic in West Africa to ensure that justice is served.

As part of activities to mark World Press Freedom Day on May 4, 2020, the MFWA petitioned the Chief of Defence Staff in Ghana and the political authorities in Nigeria to investigate attacks on journalists covering the pandemic in the two countries and punish the culprits.

The petition to the Chief of Defence Staff of Ghana, Lieutenant General Obed Boamah Akwa was in respect of two separate incidents of brutalities against Yussif Abdul Ganiyu, General Manager of Zuria FM based in Kumasi, Ghana’s second largest city and Samuel Adobah a reporter for TV Africa in Accra by soldiers enforcing the COVID-19 lockdown.

Ganiyu was covering a clean-up exercise on April 2, when the commander of a military patrol team bundled him into their vehicle with registration number 49 GA 68, and assaulted him. The officer also seized Ganiyu’s phone.

In the case of Adobah, he was covering a fire outbreak at a suburb of Accra when a soldier who was part of a COVID-19 enforcement team attacked him. The officer slapped Adobah from behind and pounded him on the ground, while the crowd shouted, “he is a journalist.” the soldier also destroyed the journalist’s phone by stomping on it.

The MFWA urged Lt General Akwa to ensure the violations are investigated and the officers involved sanctioned to serve as a deterrent to others.

The Foundation also on May 3 petitioned the Governor of Delta State in Nigeria Dr. Ifeanyi Arthur Okowa, to bring to book members of the state’s environmental task force who assaulted two journalists, Michael Ikeogwu, the Delta State Chairman of Nigeria Union of Journalists (NUJ) and Mathew Omonigho, the Daily Post’s correspondent in the State.

The two journalists had gone to the Uvwie Local Government Area on April 1, to monitor and report on the state of compliance with the lockdown order issued by the government to curtail the spread  of the coronavirus when they noticed some locals were engaged in a clean-up exercise under the supervision of some members of the environment taskforce.

Ikeogwu said when he approached the leader of the environment task force and asked him why they were forcing residents to carry out the sanitation exercise despite the government’s lock down order, the official, identified as Kingsley Iweka, took offense and ordered his subordinates to attack him and Omonigho.

In another development, the MFWA also petitioned the Management of Le Soleil newspaper in Senegal to reinstate its employee, Fatou Ly Sall, who was sacked after she allegedly refused to seek medical attention for a suspected coronavirus infection at a designated medical centre by the government. Sall said although she had arrived at the office showing symptoms of the infection, she had actually seen her personal doctor and done tests that came out negative, debunking claims that she disobeyed management’s advice to seek medical attention.

We therefore appealed to management to cooperate with the dialogue being facilitated by MFWA’s national partner organisation in Senegal, SYNPICS to resolve the matter.