Sama Tounwendsida Hugues Richard of Burkina Faso has been named the 2019 West Africa Journalist of the Year for his impactful reporting of mental illness in Burkina Faso.

Richard was one of 21 finalists selected for outstanding reporting in the sub region. He follows former Joy News journalist from Ghana, Manasseh Azure Awuni, who clinched the award last year, and Seth Kwame Boateng, who won in 2017.

“I am honoured to have won this award,” Richard said. “So many people with mental disabilities are neglected and I knew that it was a story that needed to be told to humanise them.”

The Media Foundation of West Africa (MFWA) invited over 300 guests to participate in the 2019 West Africa Media Excellence Conference and Awards (WAMECA) under the theme “Social Media, Fake News and Elections in Africa.” The three-day event featured renowned speakers from across the sub region who provided insight on key issues surrounding media and the future of journalism on the African continent.

The annual event began on October 17 with a two-day conference that included panel-style discussions on various topics revolving around media across the continent. Editors, managers and influential media practitioners from across West Africa spoke about topics including “Protecting Election Integrity on the Internet” and “Stopping Fake News From Going Viral.”  Various media stakeholders across the continent including Senegal, Côte d’Ivoire, Guinea, The Gambia, Ghana, Cameroon and Nigeria participated in the event.

On Saturday, October 19th, an Awards Ceremony took place to celebrate and promote media excellence in West Africa. The event also hosted the Continental Journalism Award on AU Charter which honoured African journalists who are producing high quality reports on the African Charter on Democracy, Election and Governance (ACDEG).

The Awards Ceremony’s Guest of Honour, Pansy Tlakula, Chairperson of the Information Regulator of South Africa, delivered remarks on the power of journalists throughout the continent despite the many trials they face.

“The profession of journalism is challenged, particularly with the rise of fake news and misinformation,” she said. “This requires journalists to recommit themselves to the code of ethics.”

In addition to Richard’s win at the West Africa Media Excellence Awards, seven other journalists were awarded for impactful storytelling and in-depth coverage of pertinent subjects in Africa. The winners and categories include: 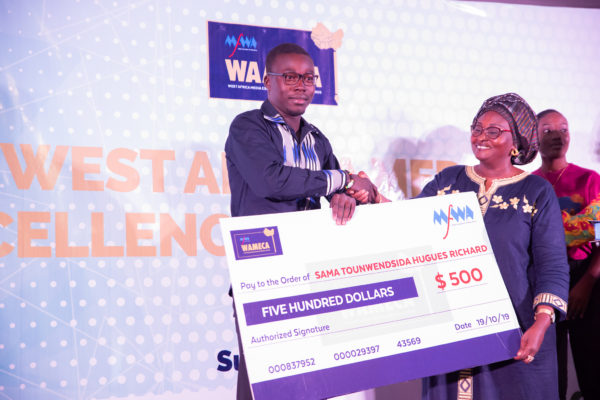 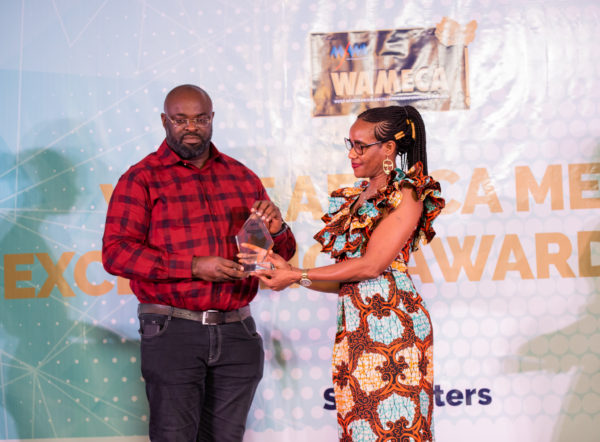 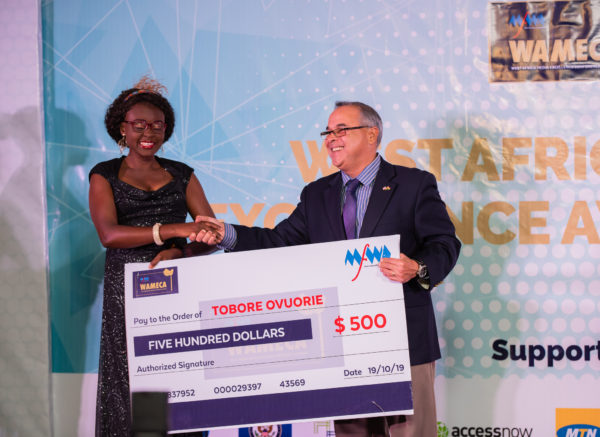 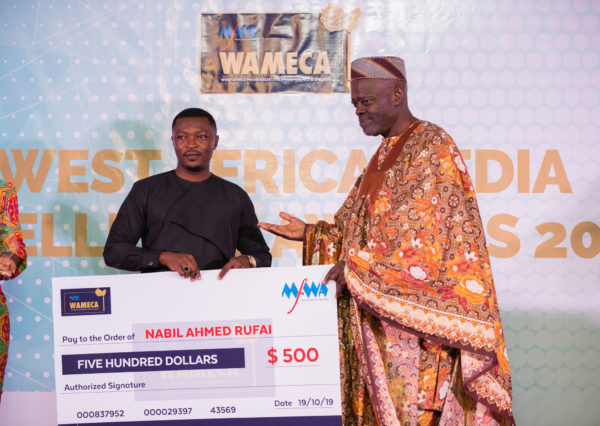 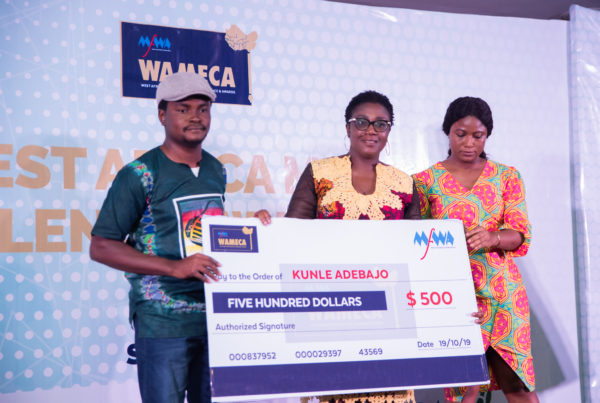 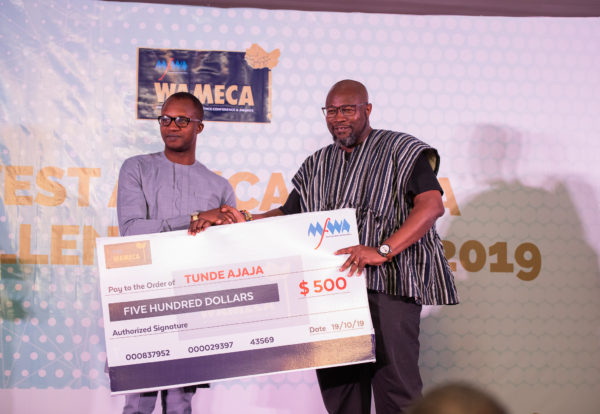