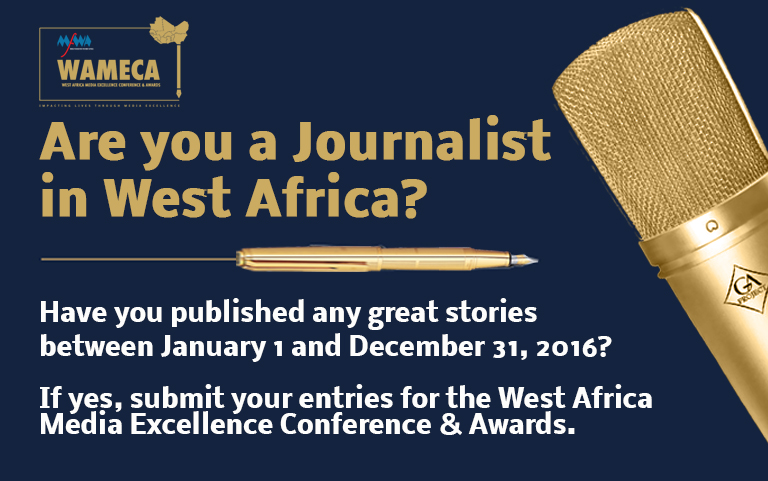 Are you a journalist in West Africa who has produced compelling work(s) that has had significant impact on society? If yes, the Media Foundation for West Africa (MFWA) invites you to submit your work(s) for consideration for the first ever West Africa Media Excellence Awards.

This is an initiative to reward and inspire media excellence in West Africa. The maiden edition of the Awards is scheduled for October 28, 2017 in Accra, Ghana.

The Awards are opened to journalists from print, electronic and online media in Anglophone, Francophone and Lusophone countries in West Africa. Applicants must be West African, working with and for media organisation(s) based in West Africa. An Entry for the Awards must have been published or broadcast between the period, January 1 to December 31, 2016.

Applicants should upload published works via the entry form on the website: www.mfwa.org/wameca . The entry should be an original work published through a media outlet in West Africa and must show date of publication/broadcast and the medium in which the work was published.

The categories open for entries are:

From the entries submitted, the judges will also select the overall best report for the prestigious West African Journalist of the Year Award.