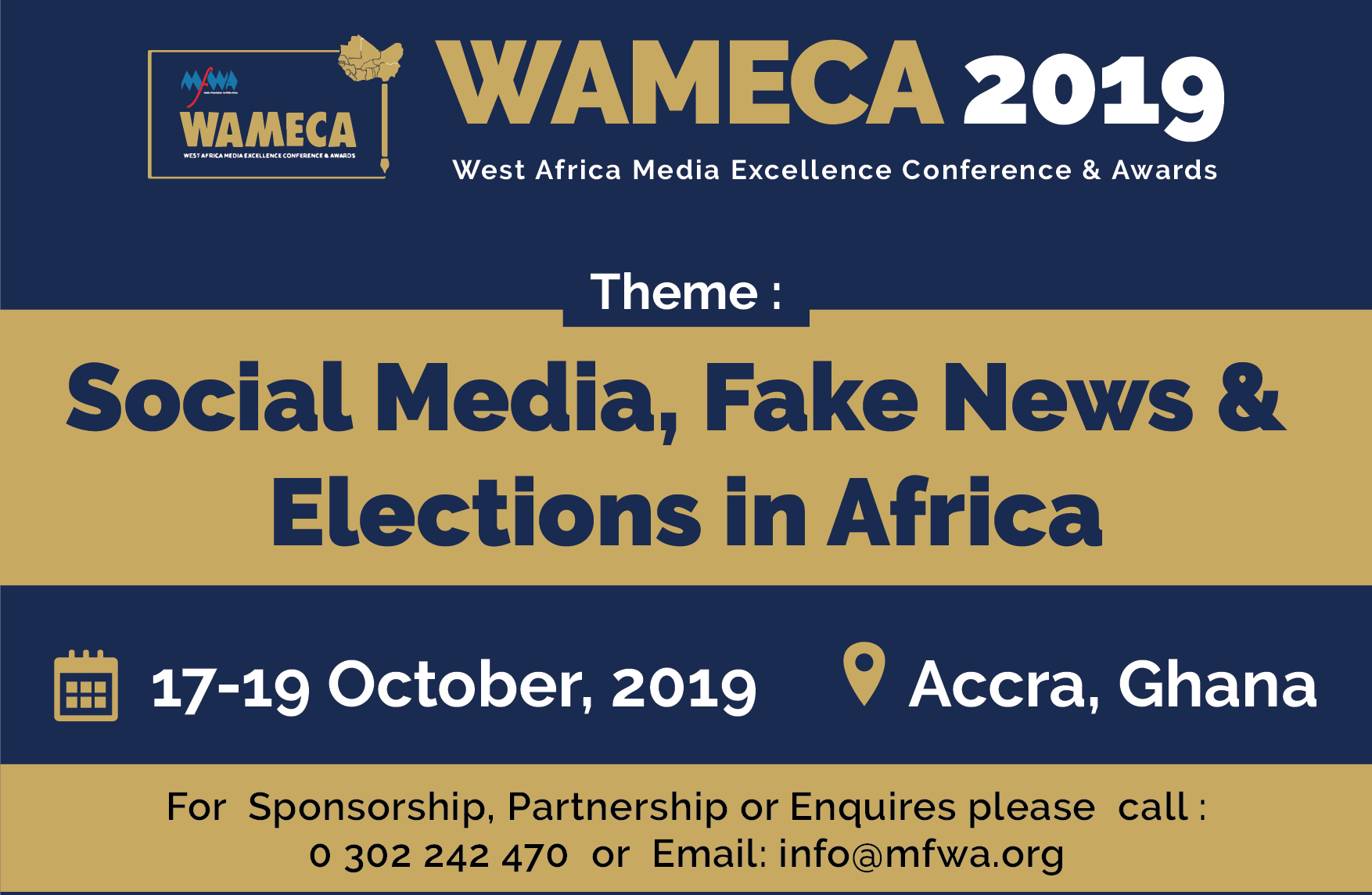 The third edition of the West Africa Media Excellence Conference and Awards (WAMECA 2019) has attracted 724 entries from 15 countries across West Africa, up from last year’s 600 entries from 12 Countries.

Scheduled for October 17-19, 2019, at the Swiss Spirit Alisa Hotel in Accra, Ghana, this year’s event, focusing on the theme: Social Media, Fake news and Elections in Africa, will explore the impact of the rise of misinformation, disinformation and fake news on elections in Africa and make key recommendations for good governance and media development.

The 724 entries from the print, electronic and online media were submitted by journalists from over 200 media houses across the region.

“We are delighted about the growing interest and increasing participation of journalists across the region every year. We are committed to showcasing and honouring journalism excellence as part of our efforts to improve quality and independent journalism in West Africa and that is what we will be doing on October 19, when the awards event for WAMECA 2019 will be held,” said Sulemana Braimah, Executive Director of Media Foundation for West Africa (MFWA).

The entries will be evaluated by a panel of judges made up of distinguished, experienced and renowned journalists and media experts. The list of finalists for WAMECA 2019 will be announced in early October.

The West Africa Media Excellence Conference and Awards is an annual initiative of the MFWA to promote media excellence in the sub region.