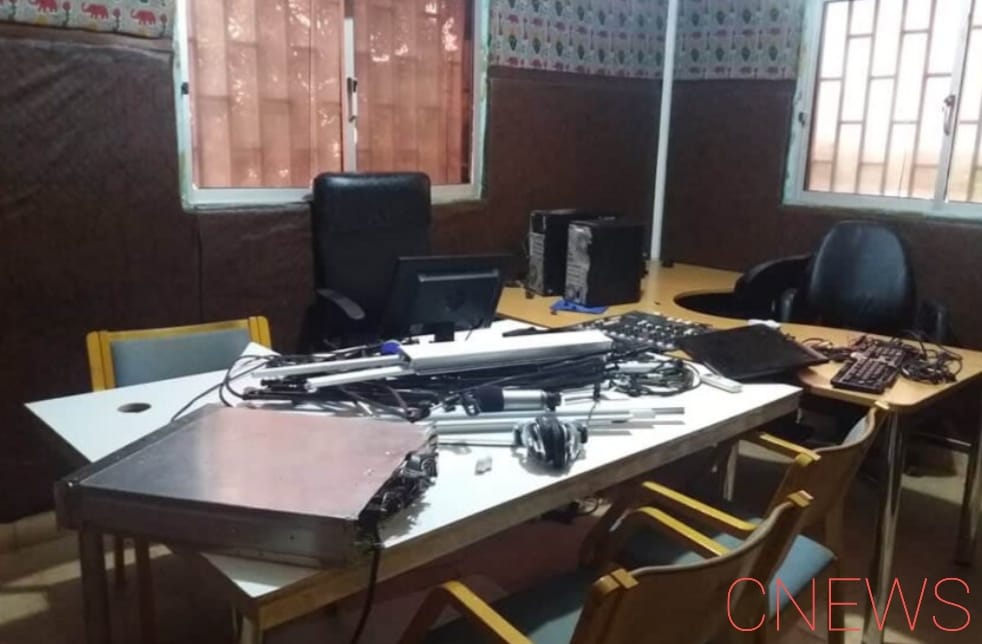 The Media Foundation for West Africa (MFWA) condemns in the strongest terms the attack by armed men in police uniform on Radio Capital FM based in Bissau, and call on the authorities in Guinea Bissau to investigate the incident and ensure that the culprits are punished.

“At dawn on 26th July, 2020, the premises of Capital FM were invaded by a group of men in police uniform and armed with automatic weapons. The group totally destroyed the Radio equipment, transmitter, computers, mixing console and studio chairs,” the radio station announced through a statement signed by its Executive Director, Lansana Cassama.

The station published several pictures of its vandalised equipment and noted that the extent of damage to other equipment can be established only after an audit by technicians of the respective units. It added that “this act occurred after several threats were made against Radio Capital FM which were reported in due time to the appropriate authorities.”

Officers from the Criminal Investigations Department of the Police have gone to inspect the premises, while the Interior Minister, Botchá Candé, has met with the management of Capital Radio, promising to open investigations into the attack. A group of police officers have been deployed to the building housing the radio station to guard it. A journalist with Capital Radio FM, Sabina Santos, however told the MFWA in an interview that if the perpetrators are not arrested, he would not feel safe going back to work when the station resumes broadcasting.

“It’s a vain attempt to silence Capital Radio FM, and a flagrant violation of press freedom which we strongly condemn” SINJOTECS said on July 26, 2020, in a statement signed by its President, Indira Correia Baldé. SINJOTECS followed up with a press conference on July 27, where it called on the authorities to ensure that the perpetrators of the attack are identified and held accountable. It also urged the government to guarantee the safety of all media houses and journalists, while calling for intervention of international organizations such as “the UN, European Union, African Union and ECOWAS, to ensure the uphold of freedom of expression, press freedom and human rights in Guinea Bissau.”

This is the second time in five months that armed security personnel have stormed a media organization and disrupted its operations. On February 29, 2020, soldiers close to the new President, Umaro Sissoco Embalo, invaded the premises of the national broadcasting service Radio-Television Guinee Bissau (RTGB), evacuated the staff, and occupied the premises for over a week. The soldiers’ action followed the refusal of state broadcaster to cover the February 27, 2020 inauguration of President Embalo and a rival inauguration the following day of Cipriano Cassama, following disputed second-round presidential election results held in December 2019.

The MFWA is deeply concerned about the violent invasion of Capital Radio FM, particularly when it came after several threats against the radio station which were duly reported to the authorities. We consider the attack as an attempt to reduce critical media organisations and journalists to silence. We call on the government of President Umaro Embalo to ensure that this incident is thoroughly investigated and the perpetrators sanctioned. It is in the interest of the government and the police service in particular to find and discipline the perpetrators in order to demonstrate their aversion to the crime. Finally, the MFWA urges all stakeholders in the media and human rights fraternity in Guinea Bissau to stand up to the bullies and fight together against impunity for crimes against the media.