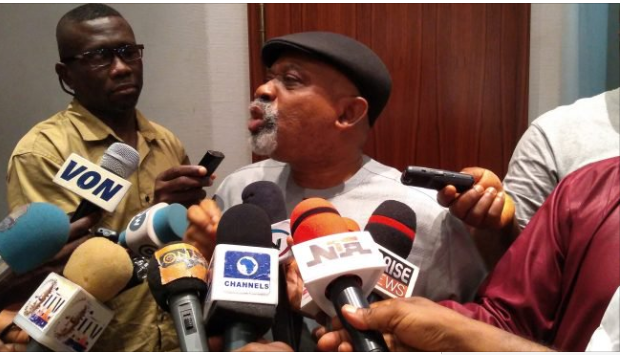 Thugs suspected to be supporters of Nigeria’s Minister of Labour, Chris Ngige, have attacked and seized the mobile phones and money of Ayodeji Adegboyega, a reporter with the Premium Times newspaper.

The incident occurred on May 8, 2019 while Ayodeji Adegboyega was covering a labour union protest against the Labour Minister, Chris Ngige, over delays in inaugurating the Board of the Nigeria Social Insurance Trust Fund (NSITF).

The thugs accosted Adegboyega after they spotted her recording their acts of violence against the protesters.

The thugs charged on Adegboyega with stones and bottles, forcing her to flee the scene. The assailants however caught up with her and seized all the valuables they found on her.

“The thugs were pressing my body. They collected my bag, turned it inside out and emptied it. They picked my two phones, the money in my wallet and other contents,” she said.

The MFWA condemns the attack on the journalist as an affront to press freedom. We call on the Minister of Labour to condemn the incident and order an investigation into it. We further urge the Minister to ensure that the culprits are punished and the seized valuables of Adegboyega returned to her.