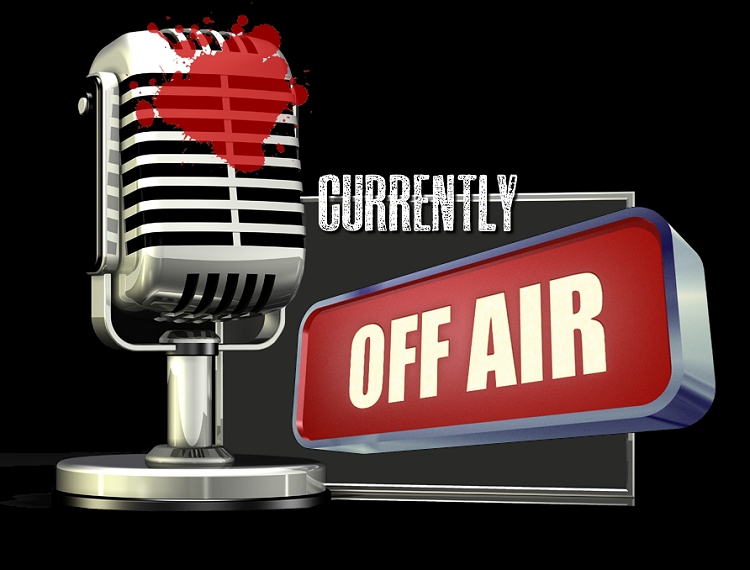 The Ministry of Information and Communication Infrastructure of The Gambia has revoked the licenses of Hilltop Radio, Afri Radio, Taranga FM and Paradise FM.

In a letter addressed to the four radio stations, Saul Njie who signed the letter on behalf of the Permanent Secretary of the Ministry, said, “I am directed to inform you that your license to operate has been revoked with immediate effect. Thank you for your cooperation.” There was no reason assigned for the revocation of the license of the radio stations neither was there a clear indication as to who had directed him to revoke the licenses of the target stations.

The revocation of the licenses of the four radio stations implies that the stations have been forced to close down until their licenses are reinstated. 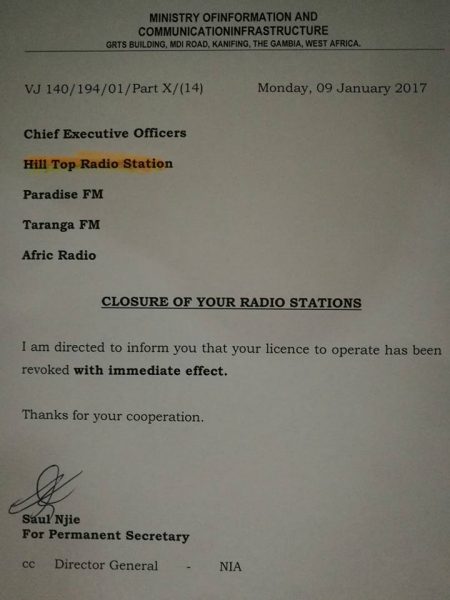 The revocation of the licenses of the radio stations comes days after they were ordered to cease broadcasting. Hilltop Radio, Afri Radio, and Taranga FM were ordered by the National Intelligence Agency (NIA) to stop broadcasting on January 1, 2017. Afri Radio was however allowed on air on January 3, 2017 on condition that the station will play only music.

In the case of Paradise FM it was ordered by persons claiming to be from the Ministry of Communication to cease broadcasting on January 8.

While there have been no official communication on the reasons for the order to cease broadcasting and subsequent revocation of the licenses of the radio stations on January 9, many believe it is as a result of the radio stations’ coverage of activities of President-Elect Adama Barrow and his impending inauguration scheduled for January 19, 2017.

The MFWA condemns the revocation of the licenses of the media organisations. In the wake of a political crisis in The Gambia after President Yahya Jammeh refused to accept the outcome of the December 1, 2016 elections in which he lost to Adama Barrow, vibrant media have become extra necessary to keep the public informed about happenings in the country. We therefore urge the authorities in The Gambia to ensure that freedom of expression, press freedom and access to information are respected in the country.