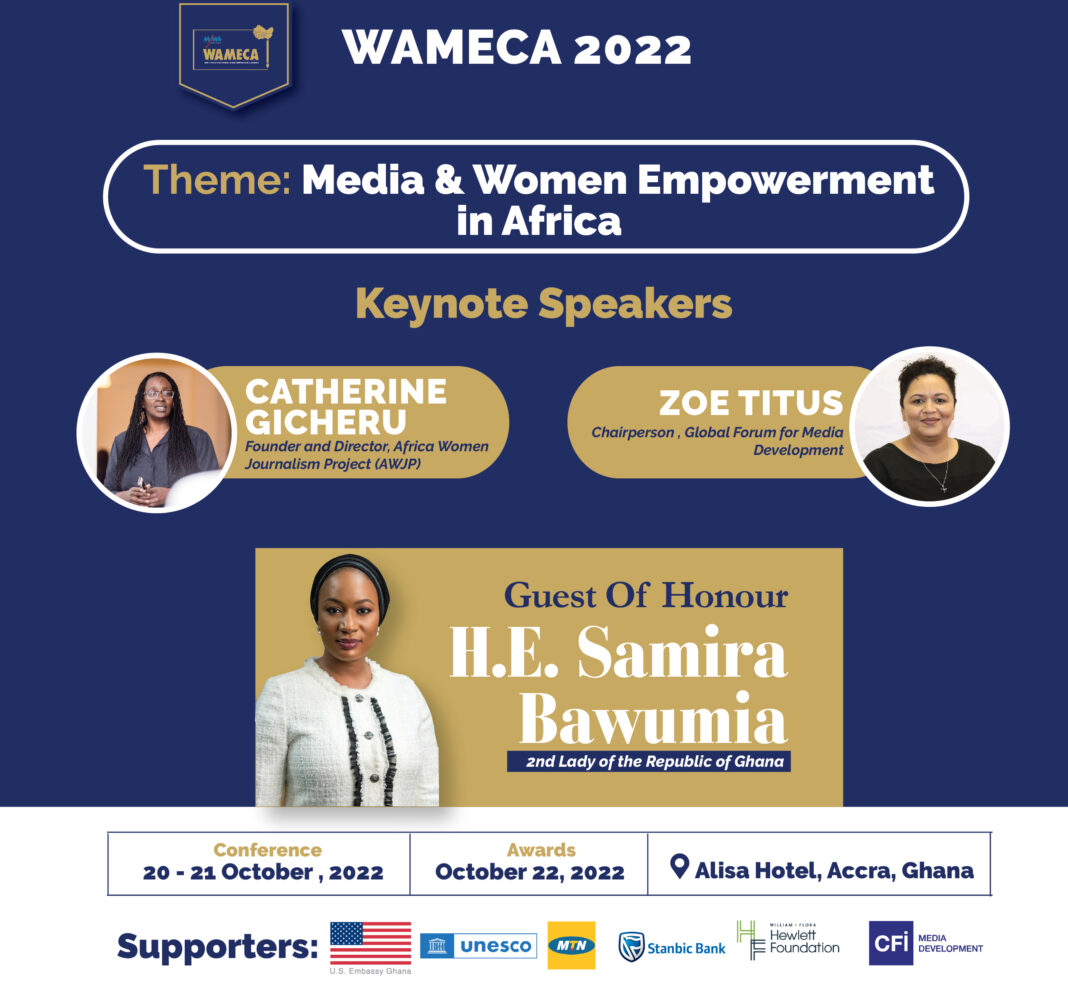 The conference which will be hosted at the Alisa Hotel will run on the theme: Media and Women Empowerment in Africa, and will have as Special Guest of Honor, Her Excellency Samira Bawumia, Second Lady of the Republic of Ghana.

It will also host media experts from the West Africa Sub-region who will discuss and explore the media’s role in women’s empowerment in Africa and to what extent it has lived up to this role.  These media experts include Zoe Titus, Chair, Global Fund for Media Development & Director, Namibia Media Trust; and Catherine Gicheru, ICFJ Knight Fellow, Founder and Director, African Women Journalism Project, Kenya, who will give keynote addresses.

The conference will bring together government actors, media actors, gender and media activists, academics, members of the diplomatic corps and distinguished journalists.

The two-day event will open with the launch of the 25th anniversary of the Media Foundation for West Africa (MFWA) by MFWA’s Executive Director, Sulemana Braimah, which will be witnessed by distinguished personalities including Dr Eyesan Okorodudu, Head of Democracy and Good Governance, Political Affairs Directorate, ECOWAS Commission; Mr Abdourahamane Diallo, Head of the UNESCO Office in Ghana; and Mr Kevin Brosnahan, Press Attache at the US Embassy in Accra

WAMECA 2022 will host five panels which will discuss the media’s impact on women’s issues – ‘50/50: Ensuring equal voices, representation and participation in governance;’ ‘News framing and choices – Exploring how legacy media can mainstream women empowerment;’ ‘Media & Women Empowerment: Experiences of Women leaders in Africa;’ ‘Improving women’s participation in the digital spaces,’ and ‘Women in Arts – Pushing through the barriers in the Creative Arts Industry.’

Discussants are expected to make recommendations at the end of every panel discussion which will constitute key takeaways for media activists, gender activists, academics, journalists and policymakers.

The conference will then be crowned with an awards night on Saturday, October 22, where journalists in the sub-region who have produced compelling and impactful works will be acknowledged with prizes.

This year’s WAMECA awards received 952 entries from all the 16 West African countries. A panel of 5 judges shortlisted 25 finalists who will be honoured at the event.

West Africa Media Excellence Conference and Awards (WAMECA 2022) is supported by MTN-Ghana, the US Embassy in Ghana, Stanbic Bank, Hewlett Foundation and CFI Media. The event is also supported by over 50 media partners across West Africa.