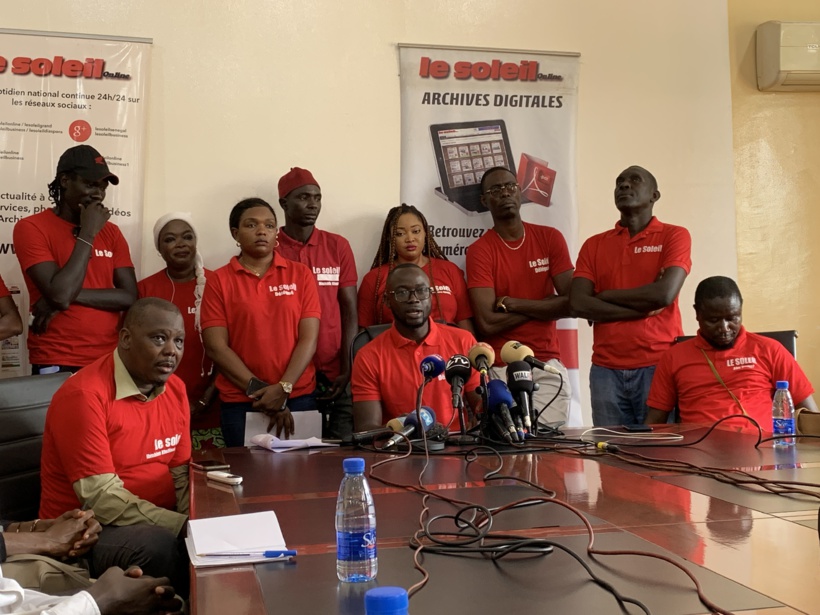 Senegal’s oldest public daily, Le Soleil, has almost moved on from the Police brutalization that its journalists suffered on August 4, 2022, during a three-day strike on the newspaper’s premises to voice their frustration against mismanagement.

It took mediation by the newspaper’s regular readers and the country’s authorities, including the Ministry of Communication, to get the journalists to end the strike and resume publication on August 10, 2022.

In its opening issue after the strike, the newspaper’s management apologised to its readers for what it described as “incidents”.

“Dear readers, we have not been able to make your newspaper available to you over the past few days. You may have followed the incidents that led to this situation, which was caused by disagreements between the Managing Editor and the staff. We sincerely regret this blunder, which has certainly caused harm to the state, our readers, and our advertisers,” the newspaper said in the August 10, 2022 issue.

“This is a first in our history of almost fifty years and we hope never to experience such a situation again. We apologise to our readers, our partners, and the State of Senegal, whose support has never failed us. We reiterate, finally, our commitment to always offer a newspaper that serves all audiences,” added on the front page of its issue after the strike that ended in tragedy.

According to Ndiol Makka Seck, a journalist with whom the MFWA spoke by phone, the strike was against the unconventional management of the daily newspaper by the Managing Editor, Yakham Mbaye, who has been at the helm since October 2017. The journalists were also said to be on strike because of unpaid advertisement bonuses, unfair layoffs, and cases of mismanagement, among others.

Ndiol Makka Seck, who is also the spokesperson for the staff, further explained that he and his colleagues had no option but to go on strike. The journalists had, for several months, tried without success to seize the Labour Directorate and other institutions in quest of solution to their complaints.

On August 4, 2022, a general assembly was held as part of the strike at the premises of the newspaper.  However, the peaceful demonstration quickly turned violent when police officers unexpectedly stormed the newspaper’s premises and used tear gas to disperse the journalists. As a result, two journalists were rushed to the hospital and eleven others were arrested. According to the some of the arrested journalists, who were released on the same day, and Ndiol Makka Seck, the officers intervened on the orders of the Managing Editor.

“The Manager Director no longer comes to work at Le Soleil, he works from home, and relations have deteriorated between the workers and the administration,” he said.

The Syndicat des Professionnels de l’Information et de la Communication du Sénégal (SYNPICS), an influential press union in Sénégal, has expressed full support to the journalists and condemned the incident in a statement posted on its Facebook page.

“These workers were only wrong to apply an internationally ecognized right, the right to demonstration. This was in protest against the unconventional management of Mr. Yakham Mbaye and the disregard he has always had for the workers of the Astre de Hann,” the statement says.

The union also called on President Macky Sall, “to ensure that this situation at the local newsroom Le Soleil is resolved as quickly as possible, so that the workers can return to their homes and work peacefully.”

The Media Foundation for West Africa (MFWA) welcomes the resumption of publication by the daily newspaper Le Soleil, and strongly condemns the brutal, abusive, and ignominious treatment police officers meted out to these journalists. Although they resumed their duties after a plea from the authorities and some of their regular readers, we urge the government and the newspaper’s shareholders to take disciplinary action against the perpetrators of the abuses against the journalists.

These journalists, who are also citizens of the Senegalese state, were simply exercising their rights to protest and express opinion. The violent repression of this right speaks volumes about the environment in which they work. We strongly urge the Managing Editor of Le Soleil and the Senegalese authorities to refrain from violating the rights of these citizens and to favor dialogue to reach an agreement.