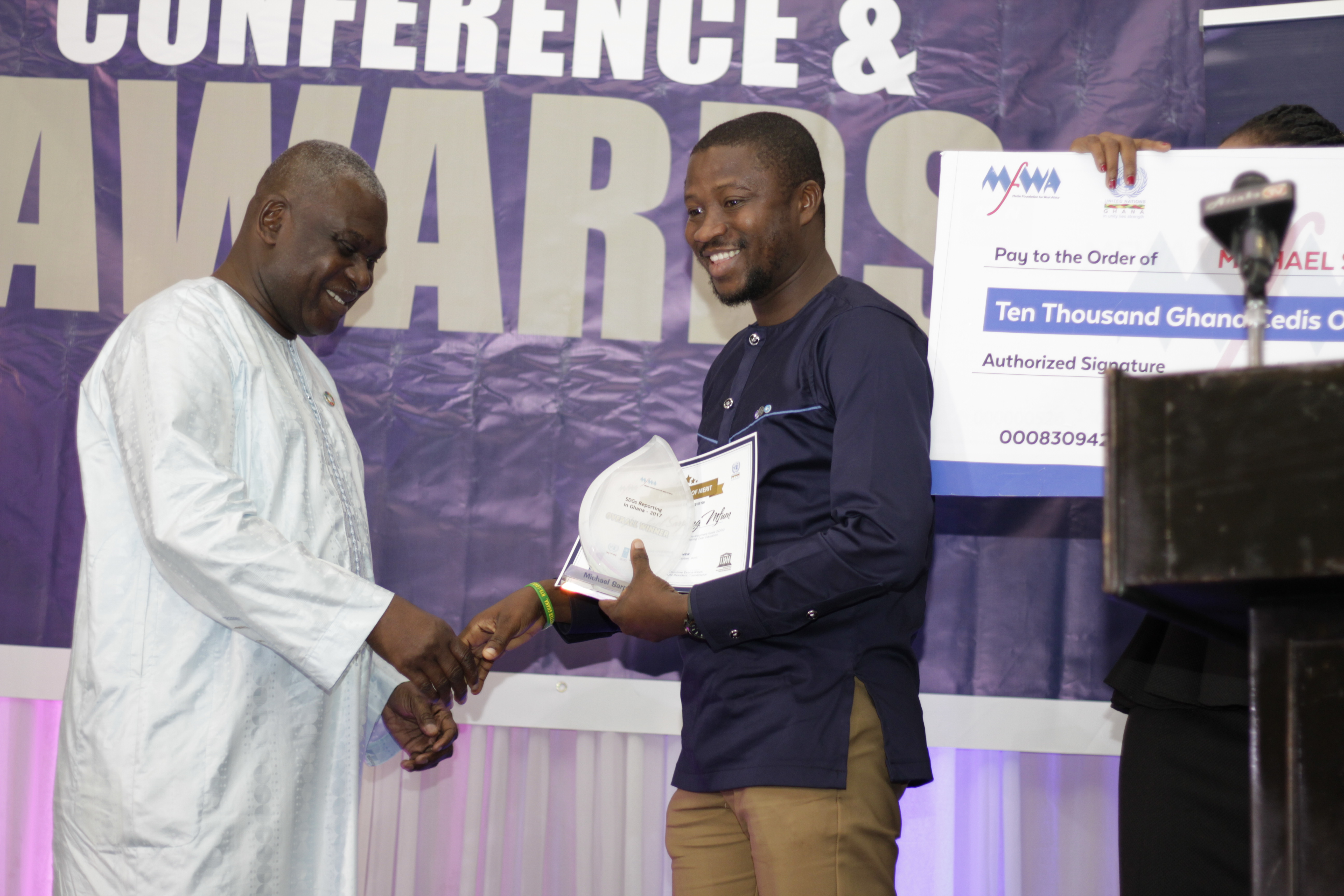 The Media Foundation for West Africa (MFWA) on Saturday, October 28, 2017 announced the winners for the second edition of the SDGs Reporting Awards held at the Movenpick Ambassador Hotel in Accra.

Four awards including the overall best journalist award were presented in front of an audience of over 200 guests, with Michael Sarpong Mfum, the Brong Ahafo regional correspondent of Accra-based Starr FM receiving the overall best journalist award. He received the much coveted ultimate prize of Ghc 10,000, a certificate and a plaque for his story titled: Jaman South Children choose Gambling over Education”. 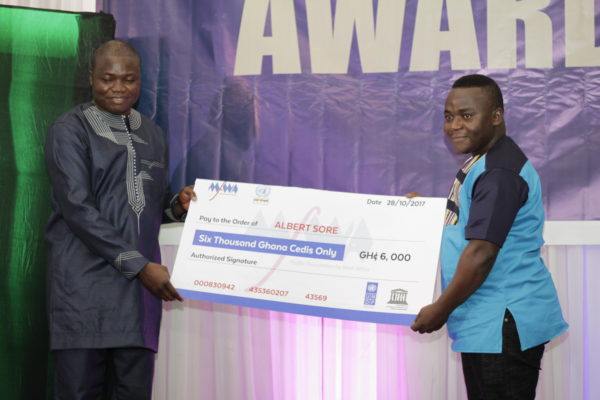 For his story on Ending Open Defeacation: Residents of Aberigabisi build household latrines, the Upper East regional correspondent of the Multimedia Broadcasting Limited, Albert Sore, was adjudged the second prize winner. He took home a cash prize of Ghc 6,000, a certificate and a plaque.

Nelson Nyadror Adanuti of Diamond FM in Tamale received the third prize award of Ghc 3,000, a certificate and a plaque for his education story titled “Balima and her kinds” while the fourth best story award went to Cecelia Diesob of the Ghana News Agency in Accra. 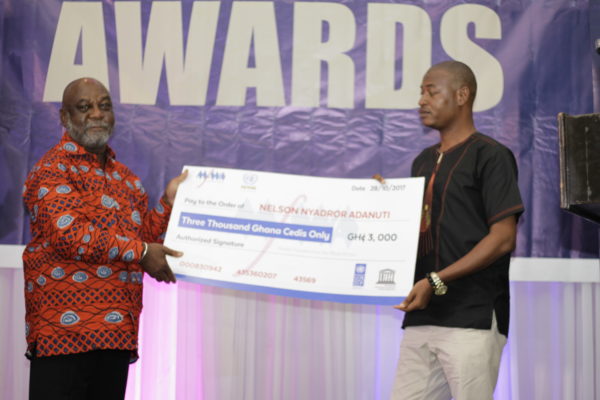 She received a cash prize of Ghc2,000 a certificate and a plaque for her story titled Surmounting the Obstacles of Sissala East District. 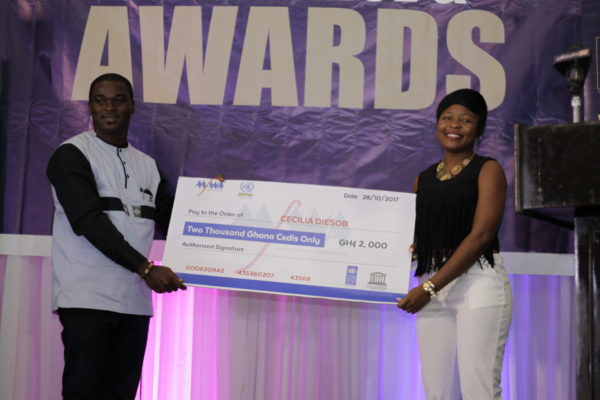 The Awards ceremony formed part of the activities under the MFWA’s project: Mainstreaming SDGs in Development Reporting in Ghana with funding support from UNDP-Ghana, UNESCO and the UN Communications Group. The project seeks to advance public knowledge on the SDGs to ensure inclusive and participatory delivery of the Goals in Ghana.

MFWA’s Programme Manager for Media and Good Governance, Abigail Larbi said: “The SDGs Reporting Awards are to reward and inspire quality reporting that focus on the SDGs among Ghanaian journalists and we are excited to hold the second edition of the Awards. Indeed, this year’s competition was tighter as we received close to 70 entries.  Again, compared to last year, the ultimate prize this year was increased from Ghc6000 to Ghc10,000 and that also resulted in the many entries we received. Going forward, this year’s winners will be inducted into the MFWA’s prestigious Journalism for Change (J4C) Network where members are offered regular training opportunities both locally and internationally to enhance their capacity to influence positive changes in society through journalism”.