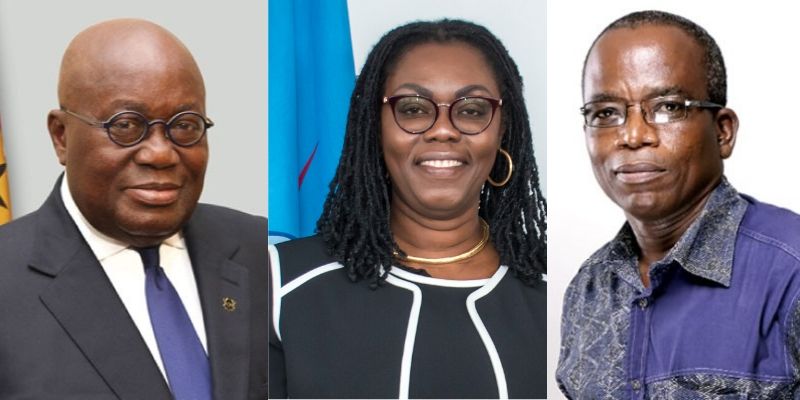 The Media Foundation for West Africa (MFWA) is extremely alarmed by the revelation that the Minister of Communications, Mrs. Ursula Owusu-Ekuful, has instructed the Ghana Broadcasting Corporation (GBC) to cede three of its six channels on the Digital Terrestrial Television Platform. The minister’s instruction is to be complied with within 60 days.

We question the legitimacy and propriety, as well as the logic and prudence, of the directive; for the following reasons.

First, the directive undermines relevant constitutional and regulatory provisions on institutional governance and operational independence of the state broadcaster and media pluralism generally. Guided by the lessons of history, the 1992 Constitution and other enabling pieces of legislation have sought to raise guardrails around the state media in particular. These legal provisions are meant to stave off interferences in the management and editorial discretion of the state media.  The provision is also designed to enable the state media offer fair voice and visibility to all segments of the national population including minority groups and interests.

Ghana is also signatory to a number of regional charters and conventions – the relevant ones of which include the African Charter on Broadcasting adopted in Windhoek in 2001, and the Joint Declaration on Media Independence and Diversity in the Digital age, adopted in Accra in 2018 – which seek a shared vision for independent and inclusive media systems. Not only is this attempt by the Minister of Communication to sequester three of the TV channels of the state broadcaster an expression of ministerial overreach; it also unfairly reduces the public service broadcaster’s footprint within the current 40-channels platform.

Secondly, and related to the observation above, the stated reason for the directive invokes a curious leap of logic. It also defies the norms of equity. According to the Minister’s letter, the reasons for requiring GBC to relinquish the three channels “is to ensure that there is redundancy on the National DTT platform which is currently at full capacity.” This begs the question; because up until as recently as April, 2020, new private TV channels were being added onto the DTT platform. Why did channels continue to be allocated? And as they were being added didn’t the managers of DTT platform know about the purported need for redundancy on the platform?  Who are the owners of the recently operationalised channels?

Incidentally, the platform relies on GBC, which the recently revised DDT Broadcasting Policy acknowledges as “the national broadcaster and the TV station with the widest coverage in the country” to enable the drive towards universal access.  This reliance of the DTT platform on GBC is also reflected in the commitment of GBC resources into building of the platform. Out of the 42 sites that currently host the DTT platform, 38 of them are GBC sites. Indeed, it can be argued that GBC is currently the enabler of the DTT platform.  Besides if these GBC-owned sites were to be rented out commercially, the state broadcaster will be earning in excess of $7million a year. What this means is that GBC is a major contributor rather than a liability on the platform.

So, given its stake of resources in the deployment of the platform, and given its national orientation and ownership, why should GBC be the victim of this presumed act of expediency?

According to the Minister of Communications, the directive for GBC to relinquish the three channels on the DTT platform is also because neither “the State” nor “the National Security” has any means “of broadcasting urgent communication” to the public. This is untenable, given the clear policy and practice of GBC since its original incorporation under the Ghana Broadcasting Corporation Instrument, 1965 (LI 472) and subsequent legislative transformations to the current GBC Decree, 1968 (NLCD 226) – and amendments thereof. As the state/public broadcaster, GBC has always been at the service of the Presidency and Parliament – and of all the pillars of state – for carrying or covering State events and news.

The Minister’s explanation is especially counterintuitive at this time, when the President has relied on the channels of GTV for delivering his periodic updates on Ghana’s response to the COVID-19 pandemic. Indeed, the six GBC television channels are dedicated 24-hour operations, each with a different orientation, and contributing, collectively, to the diverse but inclusive character of GTV as a state/public broadcaster. Therefore, the directive by the Minister if complied with, may constitute implicit interference in, or influence of, GTV’s programming decisions and editorial discretion; contrary to Articles 162 and 163 of the Constitution. So, the minister’s directive is not just about channels it is about content.

A further reason to doubt that the directive addressed to the Director General of GBC is an isolated and prudent act of good faith is the following:

The blueprint for the implementation of the DTT migration proposes the setting up of a supposedly independent, but executive-controlled entity – the Central Digital Transmission Company Limited (CDTCL) – to manage the DTT platform in the interest of transparency and fairness. Why has the ministry through the Minister become the sole managers of the DTT platform?

The direct instruction to GBC also completely disregards the oversight role of the National Media Commission (NMC) as spelt out in Articles 167 – 173 of the Constitution. The relevant Articles of the Constitution require the NMC to oversee the operations of the state broadcaster, and to insulate it from governmental control and interference of the nature being exercised by the Communications Minister. As part of that mandate, the NMC appoints the Board, and by extension, the Director General, of GBC. The NMC is an independent body and not an appendage of any Ministry. So why will the Minister disregard the NMC in issuing instructions to the GBC? Why was the NMC not even copied in the letter?

The NMC, with the full awareness of government, announced the inauguration of a committee on January 27, 2020, to assess and make recommendations for reforming GBC to become a vibrant and viable Public Service Broadcaster. The committee is chaired by the experienced and highly regarded Elizabeth Ohene. Why is the Minister seeming to pre-empt the outcome of the committee’s work?

All of these factors lend credence to concerns about an incipient scheme to systematically delegitimise the public service ethos of GBC, to undermine its capacity to access the requisite operational resources, and to provide the alibi for divesting its assets into the waiting hands of crony capitalists and political patrons.

The MFWA calls on the Minister of Communication, acting in the name of the government of HE President Nana Addo Dankwa Akufo-Addo, to withdraw the said directive failing we urge the President to revoke the directive.  We also call on the NMC to assert its constitutional responsibility of insulating the state broadcaster from governmental interference and control. The NMC should urgently intervene to prevent the Board and GBC from complying with the illegal and inimical instruction from the Minister of Communications.