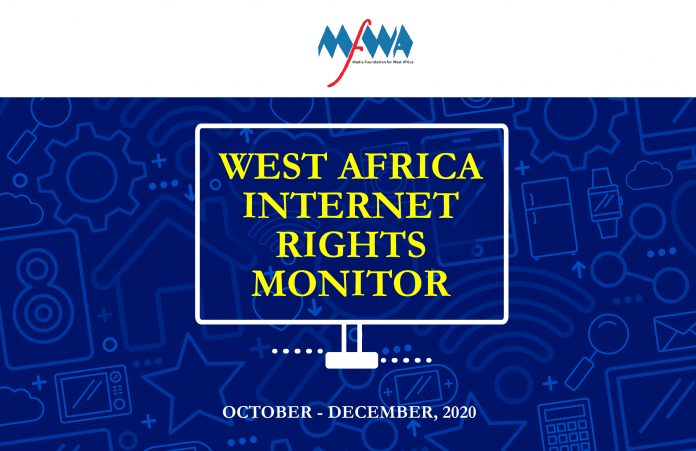 All these journalists were attacked, detained, and tried for simply publishing critical online articles. Another journalist in Benin was intimidated for allowing an opposition political party member to express himself on his online media. Four online newspapers were blocked in Nigeria and Côte d’Ivoire. One political activist was also arrested and detained for his critical post on social media in Guinea. Two bloggers were arrested in Guinea Bissau as well over their online publications against the government. Guinea shut down the internet for the second time, in the year 2020 to quell public agitations around the declaration of the presidential election. Victims of internet rights violations were mainly journalists (17), two bloggers, one sympathiser of the opposition political party.

The internet rights violations documented in this report were perpetrated by state security agencies and state officials.

The report concluded with some recommendations aimed at protecting and improving internet rights and use in West Africa.