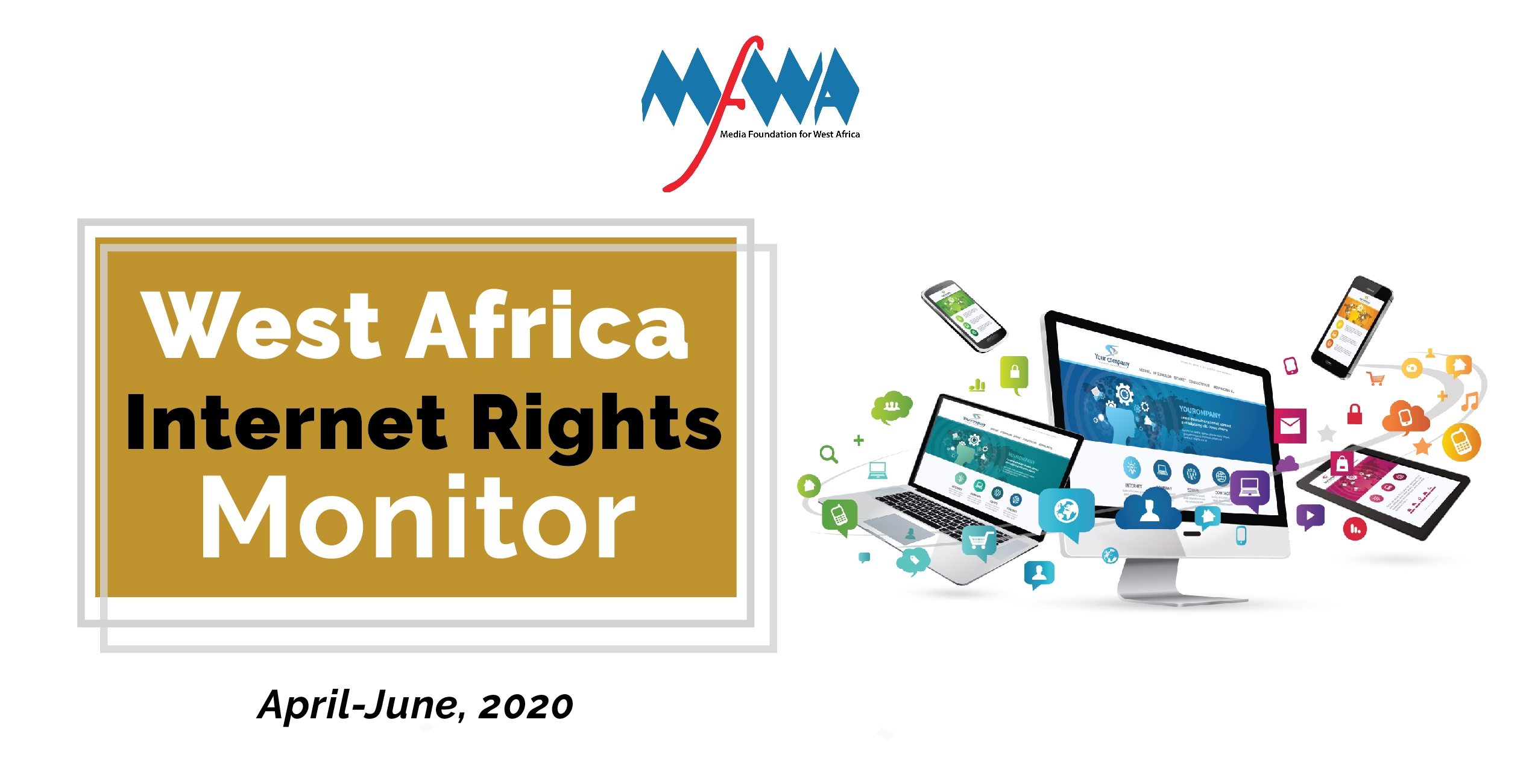 This is according to the Internet Rights Monitor Report produced by the Media Foundation for West Africa (MFWA) for the second quarter of 2020.

All the violations recorded during the period under review were perpetrated by state security agencies, state officials and individuals.

Regarding internet use by women, Niger has emerged the country that is closest to closing the digital gender gap, with 49.7% of women Facebook users compared to 50.3% men. Mali has the widest gap (24.1% women against 75.9%).

The report concluded with some recommendations for improving internet access and use in West Africa.