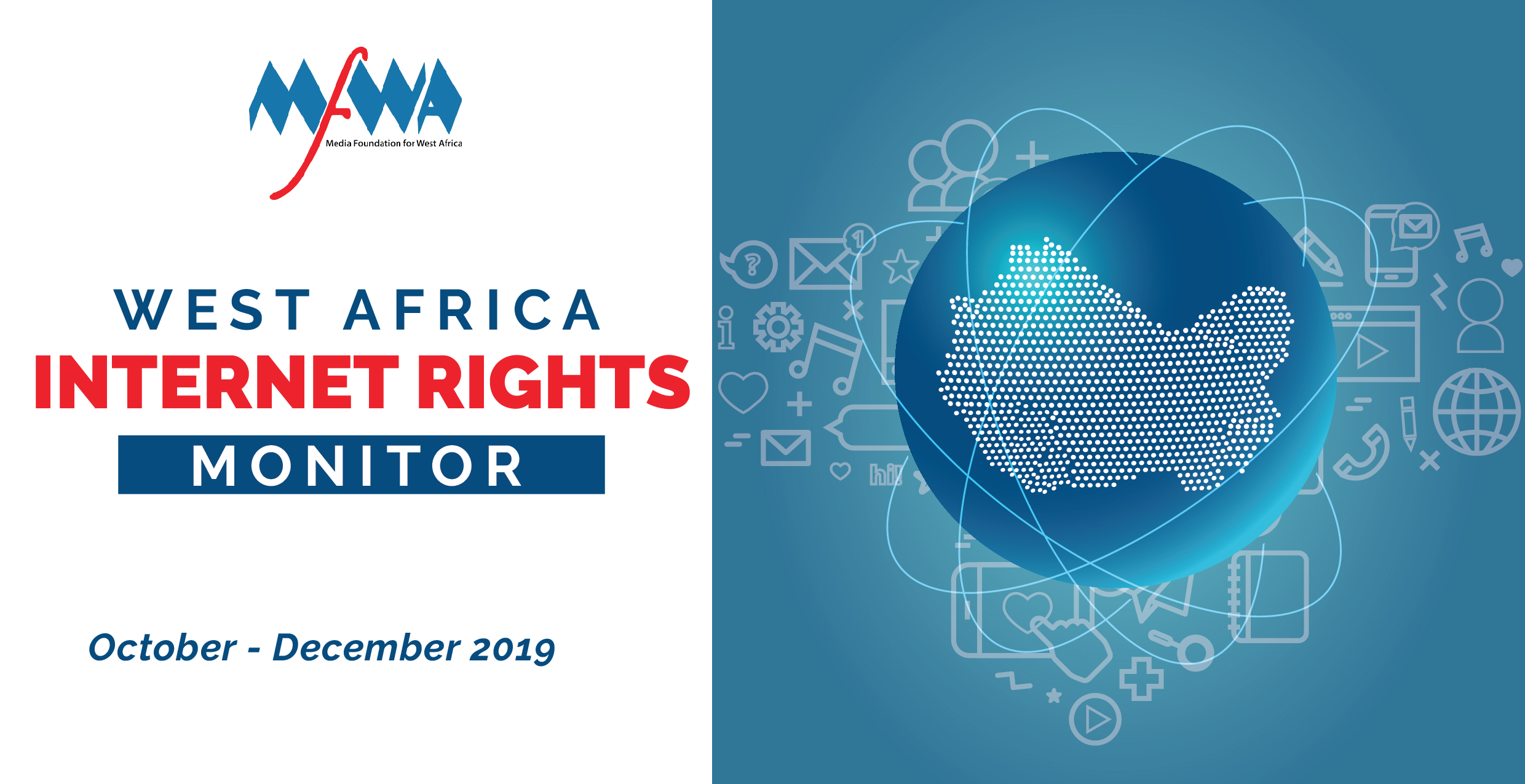 Four journalists and one social media activist were abused by security forces and state officials for their online activities in the last quarter of 2019, according to an internet rights monitoring report on West Africa, produced by the Media Foundation for West Africa (MFWA).

From October to December, 2019, two journalists were arrested and detained in Nigeria. A third journalist was forced to go into hiding after getting intelligence that the security forces were after him in connection with a story he wrote for the online newspaper he works for.

A journalist was sentenced to 18 months in prison in Benin after he tweeted the remarks of the country’s public Prosecutor. The fifth victim, Naim Toure, social media activist in Burkina Faso was arrested and sentenced to two months in prison. Toure had made a Facebook post criticizing what he termed the neglect of a soldier who was wounded while fighting a terrorist group.

Besides the incidents of digital rights violations, the report highlights and discusses the challenges confronting internet access and use in the region. It focuses on developments related to the promotion of inclusive digital rights, data protection issues and capacity building on cybercrime prevention.

The report concludes with some recommendations for improving internet access and use in West Africa.