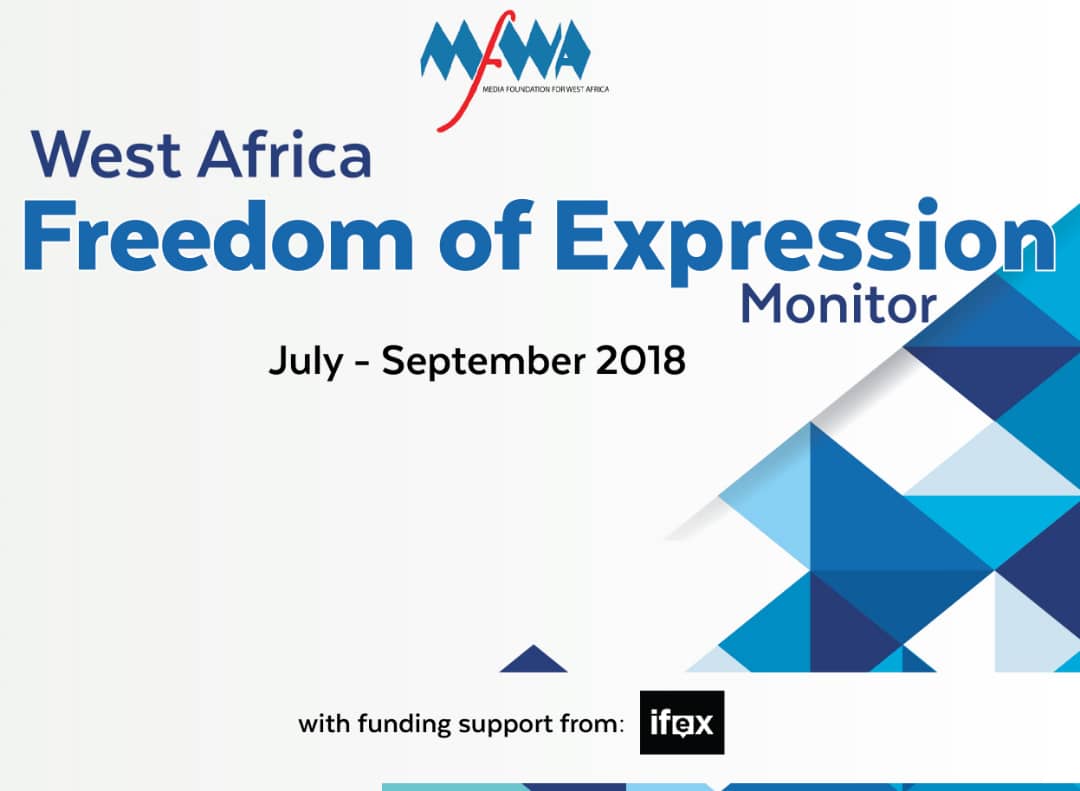 This edition of the West Africa Free Expression Monitor covers the period July-September 2018. Thirty-five violations were recorded in 12 countries with Nigeria recording the highest number. The findings show a slight reduction in the cases of violations compared to the previous quarter (April June, 2018) which recorded 40 violations.

Security agents and State officials perpetrated 14 (40%) of the reported violations. Majority of the violations were physical attacks. Other forms of violations reported included arrests/detentions, physical attacks, censorship and closure of media outlets.
While the number of violations recorded follows an improving trend over the past two years, it is still unacceptable for a region where all the countries are under democratic constitutional rule. Even more disturbing is the level of impunity that surrounds the violations.

You can also access the previous quarter’s report here.