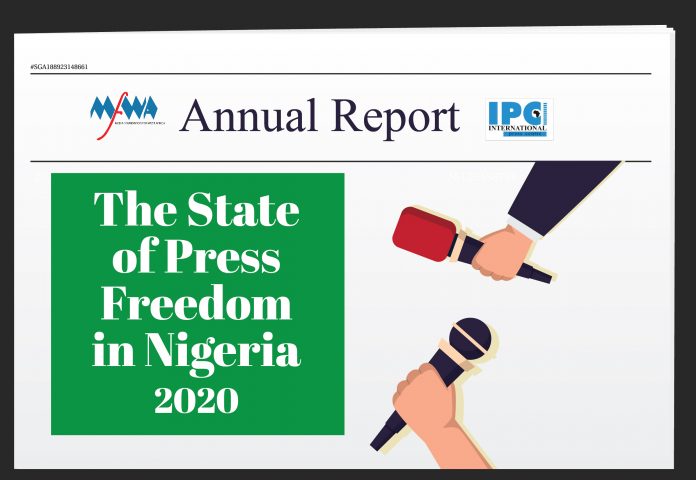 The Media Foundation for West Africa and its partner organisation in Nigeria, International Press Centre (IPC), have been monitoring and reporting on the state press freedom in Nigeria. This monitoring report covering the year 2020 recorded at least 56 press freedom violations.  Forty-eight (48) of the violations were perpetrated against journalists with eight (8) attacks targeted at media outlets.

Thirty-nine (39) of the victims were male, seven (7) are female, while two (2) were not specified. The report generally concludes that the prevalence of attacks, especially by security agents poses a herculean challenge that must be engaged by stakeholders to ensure that the media continue to function under an enabling environment.

On types of safety and security issues that journalists are faced with in Nigeria, the report mentions physical attacks, arbitrary arrests/detentions, threats and seizure/destruction of journalists’ tools.  With regard to perpetrators, the report reveals that more than 50% of the attacks on journalists and media outlets are influenced by duty bearers, particularly politicians, and carried out by security operatives. Political thugs also posed threats to journalists’ safety, especially during elections.