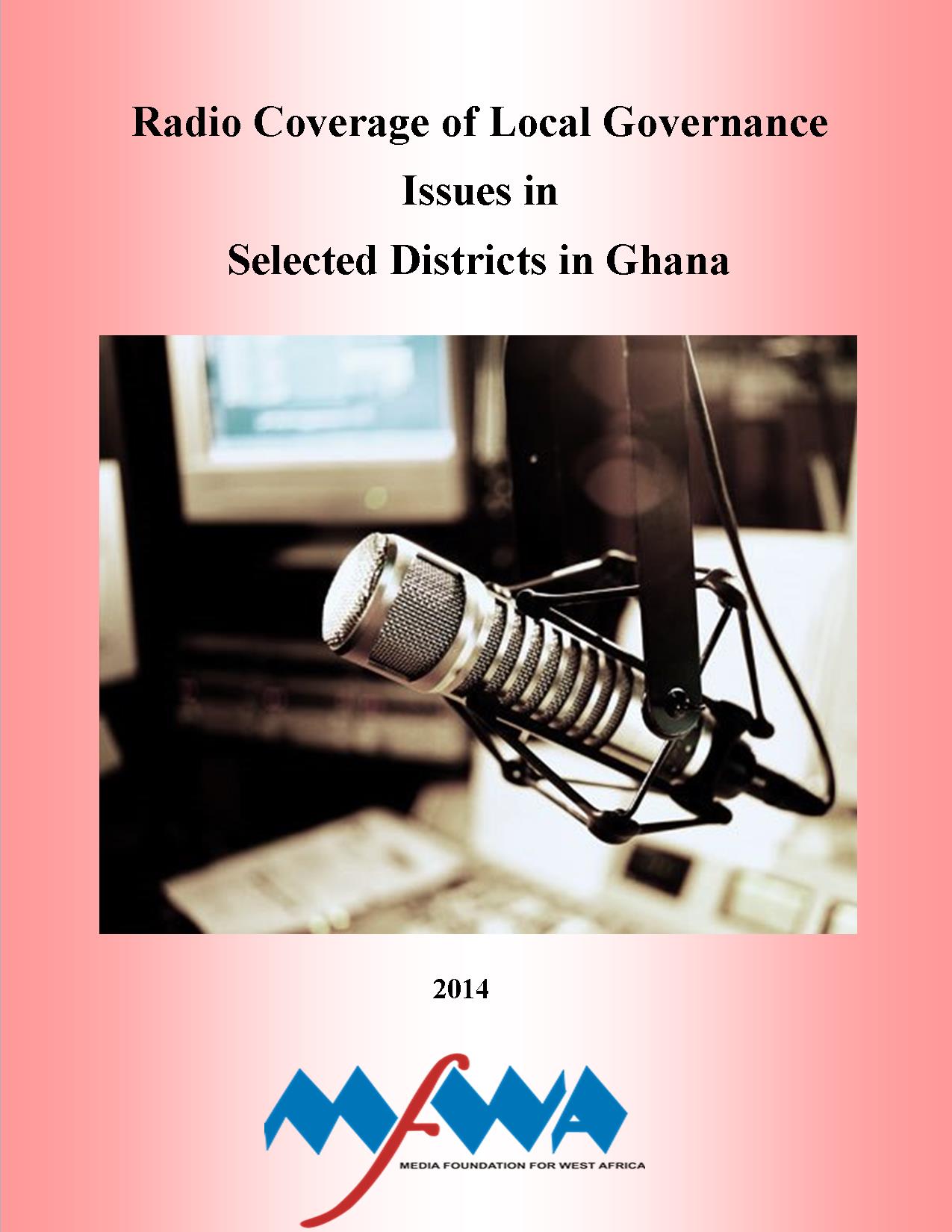 In recognition of the influential role the media can play in fostering participatory and accountable local governance in Ghana, the MFWA initiated a project aimed at strengthening and positioning the media to become critical agents and facilitators of participatory and accountable governance at the local levels. In order to have evidence-based project interventions, the MFWA conducted baseline studies on the extent to which radio stations located in target localities of its projects cover local governance issues. The studies were conducted in 2011 – 2013 and cover 30 radio stations (made up of community, state-owned, commercial) spread over 23 districts in nine regions of Ghana.
Data was collected using

Download the Radio Coverage of Selected Districts in Ghana here.