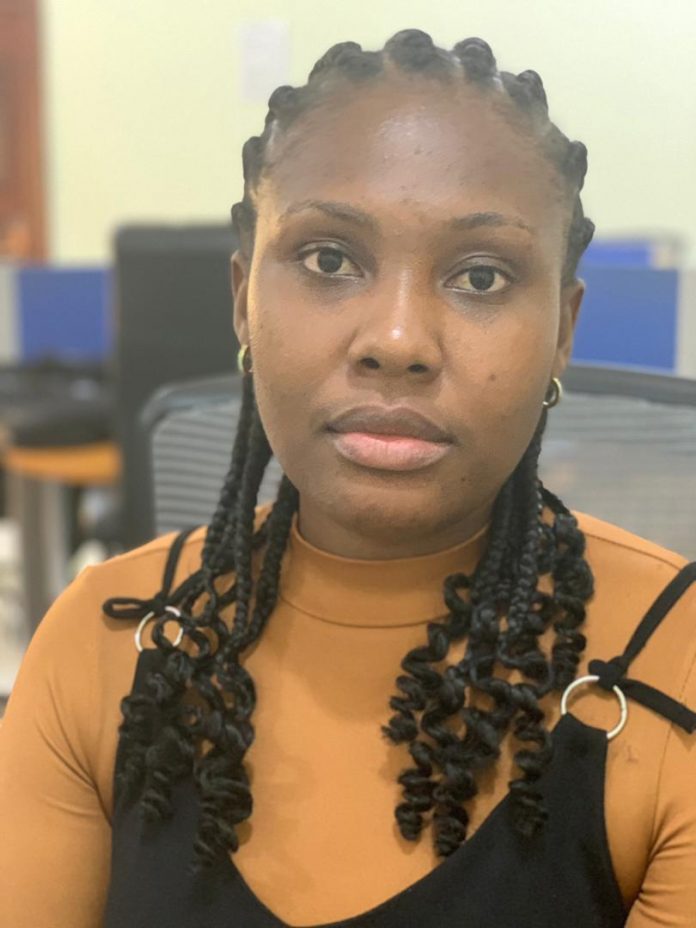 Oh my, not the Ghana Broadcasting Corporation (GBC) again, I winced as tears threatened to fall from my eyes as I stared at the screen of my phone.

This mood was a result of the text message alert I received for my National Service placement. It had rained earlier in the day, making the weather feel very cold. Normally, the day would have ended on an amazing note because rains on any day is a true delight for me. But for the message I received, the cool evening breeze coming from the aftermath of the rain would have felt great. Upon receiving this message, I felt as though I was going to repeat an old chapter of my professional life instead of embarking on a new one. The year before had me interning at the Ghana Broadcasting Corporation and going there to repeat past experiences was not something I was very much enthused about.

This was supposed to be a sleep-friendly night, I thought as I hugged my pillow fully awake. My mood was totally sorrowful and sleep which is a therapy for me, on many days when I am feeling sad, eluded me on a night when I needed it the most.

“Lord, I need a miracle, please cause my placement situation to change and I promise to pay my tithe regularly from now on,” I prayed with a heavy heart.

After tossing and turning for the better part of the night, I eventually gave in to sleep, but it felt like I had only slept for a minute. At first, it felt like a dream, but my phone’s insistent ringtone resonated well enough to jerk me awake. However, the sharp pain I felt in my head due to lack of sleep almost forced me back to my bed but the reality of my predicament dawned on me, causing me to quickly decide against it. My eyes were filled with fresh tears and to say I was suffocating is the least. I never imagined serving my own nation was going to come with this much anxiety.

Hello, I said dejectedly into the speaker of my phone, in response to a friend’s call, evidently not in the mood for any conversation. Little did I know this conversation contained the good news I had been waiting for and the start of a new and refreshing chapter in my life.

I gladly expressed interest in the Media Foundation for West Africa (MFWA) national service opportunity my friend spoke to me about that morning even though it was my first time hearing about the organisation. Right after the call ended, I looked up the organisation on the internet to acquaint myself with their operations and I must say, what met my eyes solidified my decision to take up this opportunity.

Work started for me on the 8th of September 2020 and for some reason, the day looked extra bright. Probably, it was due to the excitement of working at a new place and the expectations of new experiences. I joined the Fact-checking project under the Media and Good Governance (MGG) programme where I assisted with fact-checking claims made by politicians and largely people tasked with managing the nation’s affairs, especially in the wake of the Covid 19 pandemic. The fact-checking project has been one of the flagship projects of the organisation during electioneering periods since 2016 and so the year 2020 was no exception, I would later learn.

I also worked on the ethics monitoring project which was also aimed at ensuring media professionalism by drawing the attention of media practitioners and key stakeholders to incidences of ethical infractions and the need to be guided by the set out ethical principles of the media. Being a part of these projects has reaffirmed my conviction on the need for media professionalism as practitioners because going the contrary defeats the purpose and existence of the media.

I also joined the staff of the MFWA in the organisation of the 2020 edition (held in October) of the MFWA’s flagship award programme West Africa Media Excellence Awards (WAMECA). The programme aims at promoting media excellence. It was tiring and demanding, but fun and worth contributing my quota to.

In addition, I have been assisting with the day-to-day activities of the MGG programme and the organisation as a whole. One of the activities that stand out for me is coordinating the media for the hearing of the organisation’s court case against the National Communications Authority (NCA), a media regulatory body.

The MFWA had requested some pieces of information from the media regulator under the RTI law. The NCA demanded the MFWA pays GHS 2000 for the information. The MFWA disagreed because they felt the amount was in contravention of the law. The NCA insisted. And so, it ended in court.

Coordinating the media to cover the court proceedings was a learning curve for me. I am very much grateful to the organisation for the faith reposed and for giving me the opportunity to be a witness to this important court hearing- a case that seeks to enforce the need for public institutions to give out information to the public. It has been one of my confidence boosters.

Working at the MFWA, the biggest and most influential media development and freedom of expression organisation in the West African region so far has indeed been an eye-opener and has superseded what I imagined it was going to be.

More so, being in the same space with many of the intelligent and great professional colleagues sometimes create the feeling of inadequacy, but this feeling has also helped me to learn and as well build confidence. It has also been an opportunity for me to tap into their rich expertise.

This is not your regular kind of national service in the sense that you are not even recognised as a national service person in the first place. Every individual is given the opportunity to bring out their best irrespective of the position they hold. It has been a steady journey with me learning new things each day.

It gets clearer each passing day that joining the Media Foundation for West Africa has been one of the best decisions—one that I would definitely repeat if national service was done twice. The memories and experiences gained are those that I am very much grateful for and are going to stay with me for years to come!