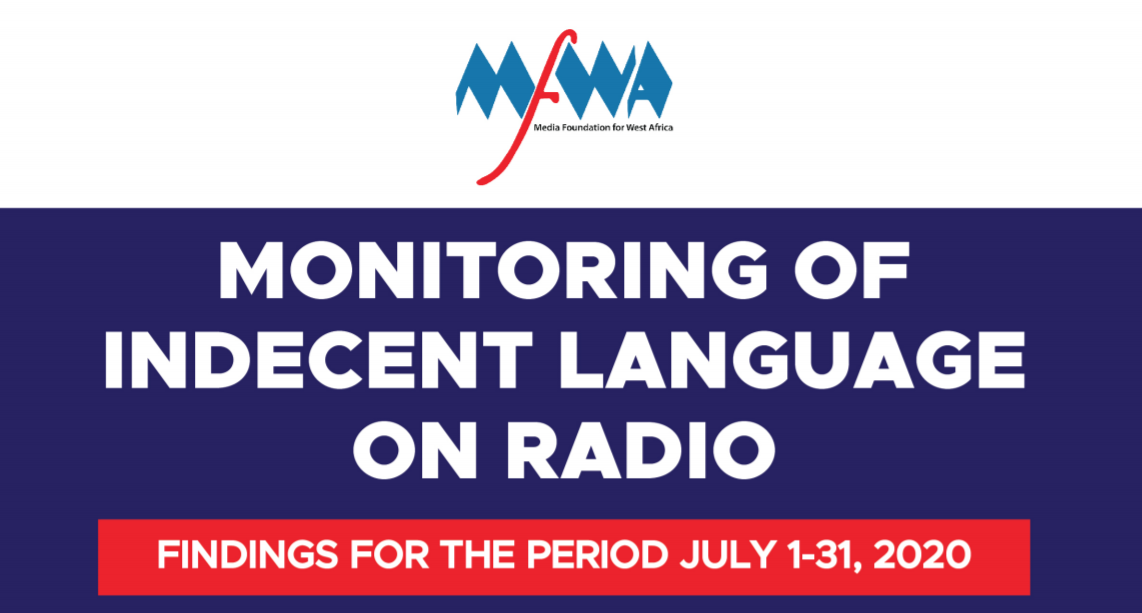 The July edition of the Media Foundation for West Africa’s (MFWA) Elections Campaign Language monitoring has cited National Executives of the two major political parties in Ghana, some Members of Parliament, party activists and radio programme hosts for use of indecent expressions on radio.

The Elections Campaign language monitoring project seeks to promote issues-based campaigning and use of decent language/expression before, during and after Ghana’s 2020 elections. In Ghana, the project is being implemented with funding support from STAR Ghana Foundation and OSIWA. The project is also being implemented in Cote d’Ivoire and Niger with funding support from OSIWA.

Details of the full report is available here.