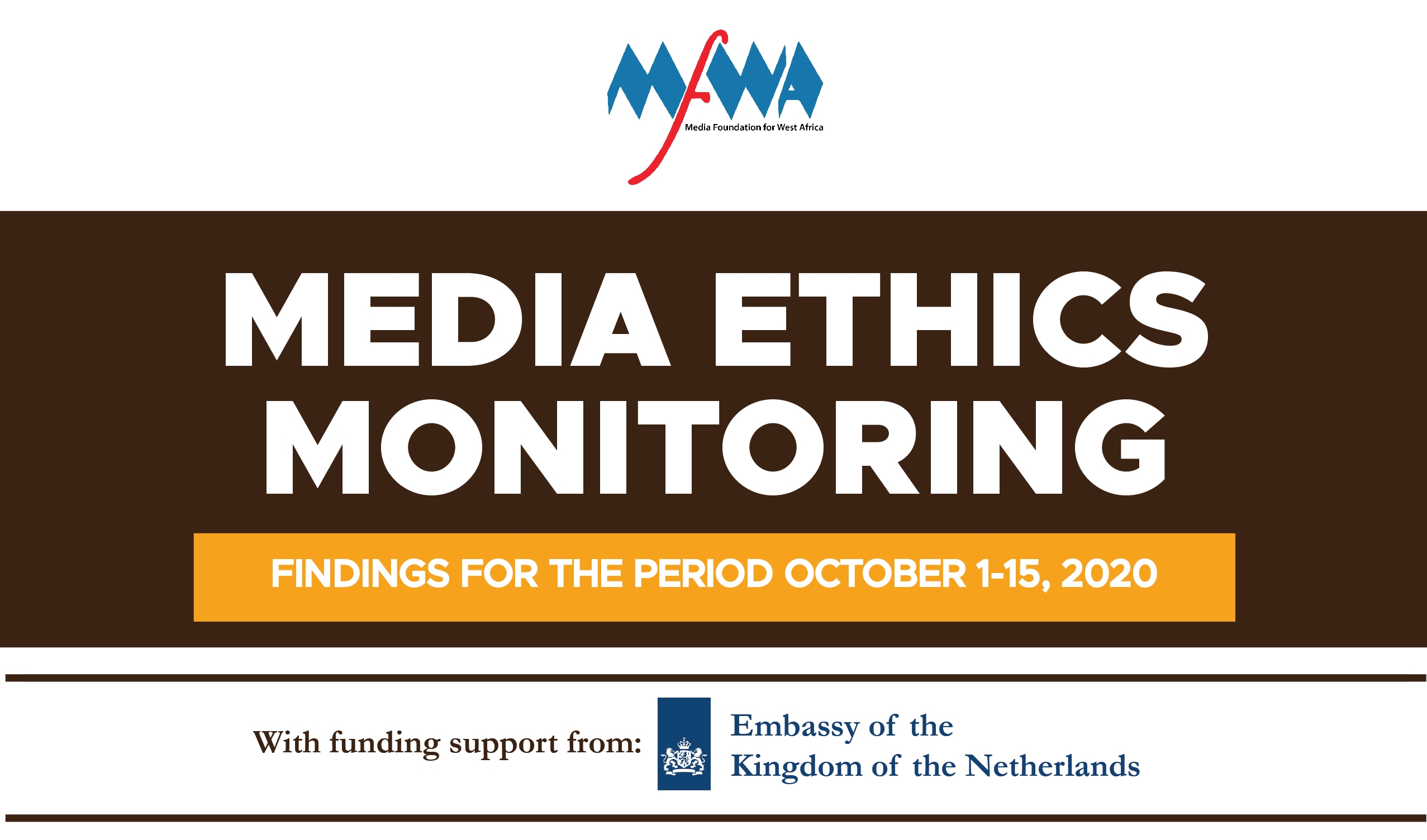 The Pro-partisan radio stations, Power FM and Oman FM, and news website, Ghana web.com, have topped the chart of media ethics violations for the period of October 1-15.

This was observed by the Ethics Monitoring Project of the Media Foundation for West Africa (MFWA) which monitored 26 news organisations made up of 10 Akan language radio stations, 10 newspapers and six news websites. The monitoring for the period saw a total of 966 pieces of content from the 26 media organisations under analysis out of which 151 ethical violations were recorded.

The monitoring of media ethics is part of a project titled: Enhancing media professionalism to inspire public confidence and support for press freedom in Ghana being implemented with funding support from the Embassy of the Kingdom of the Netherlands. The objective of the project is to identify and highlight incidents of ethical infractions and draw attention to such breaches as a way of fostering adherence to ethical principles by media organisations.

The full report contains the specific ethical principles violated, the names of the media outlets that committed the violations, among other findings.

Click here to access the full report. The instrument being used for the monitoring, which contains the category definitions for tracking and reporting of ethical principles is also available here