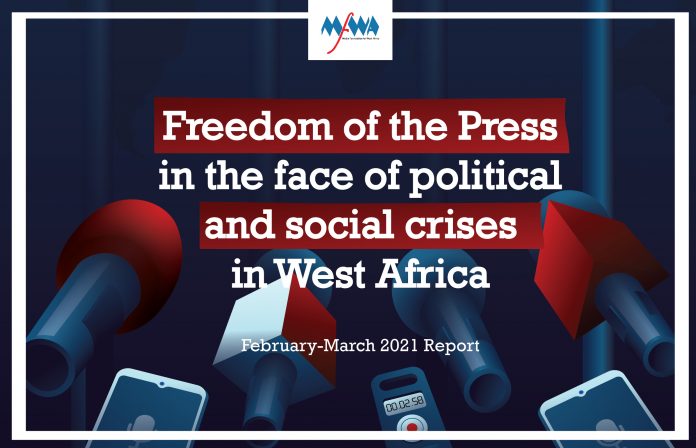 Socio-political crisis in Burkina Faso, Mali, Niger, and Senegal have put further strain on the relationship between the authorities and the media in these countries as evidenced by a series of violations against journalists and social media activists between February and March 2021.

Post-election violence saw a journalist assaulted by irate party militants, with the home of a correspondent of a foreign media set on fire. Several online media outlets went off as the entire country was plunged into digital darkness following a ten-day internet shutdown.

Journalists were subjected to judicial harassment in Burkina Faso and Mauritania in connection with Facebook publications, while, a crackdown on demonstrations led to the arrest of dozens of protesters.