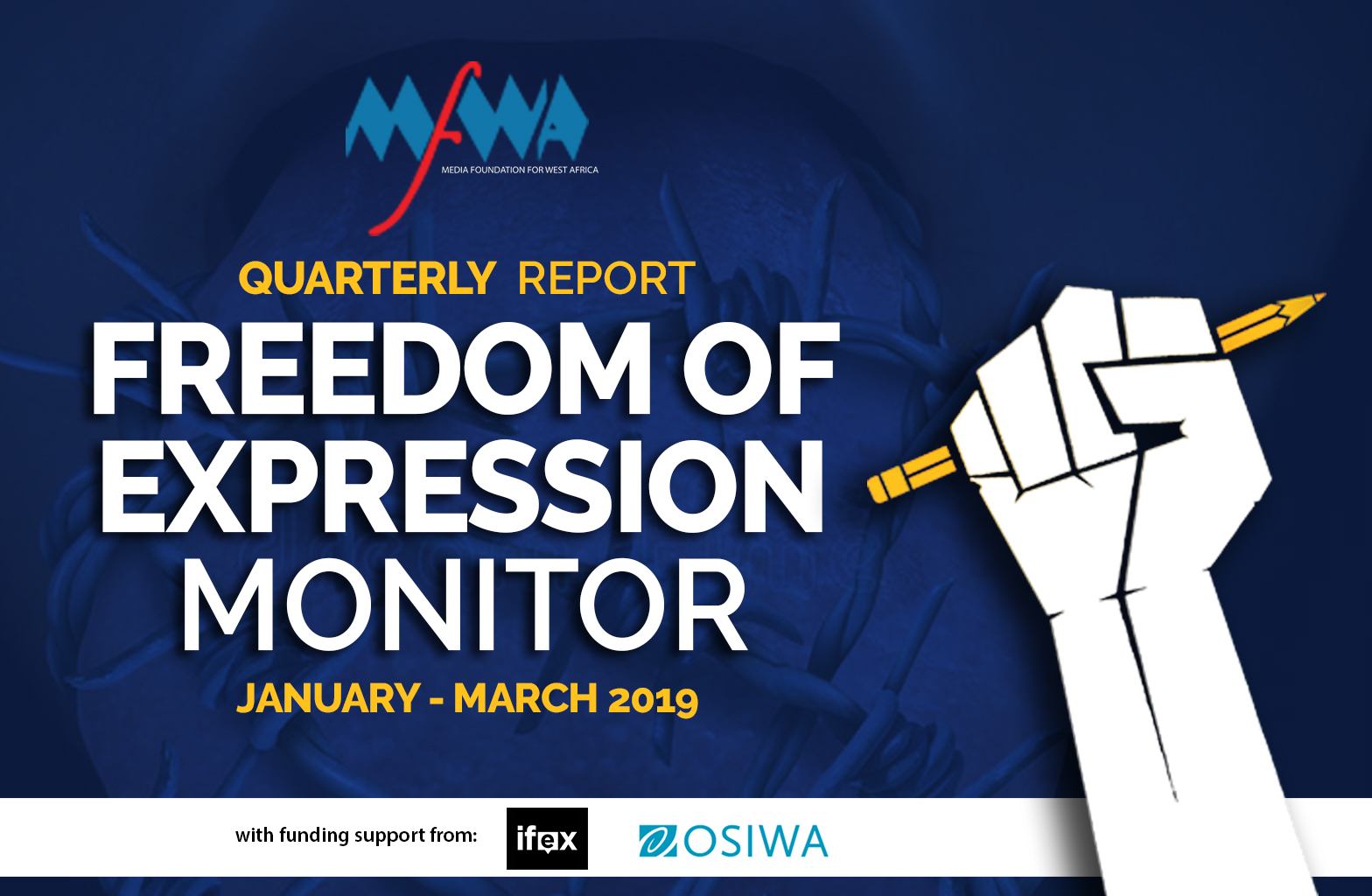 This edition of the West Africa Free Expression Monitor covers the period January-March, 2019 and recorded 42 violations in nine countries.

Physical attacks on journalists and media houses (14) and arrest/detention (10) were the dominant types of violations recorded. There was one incident of killing with a journalist as the victim while a radio station was shut down in Nigeria. Fifteen violations were recorded in Nigeria, the highest in the region during the period under review, followed by Liberia with seven.