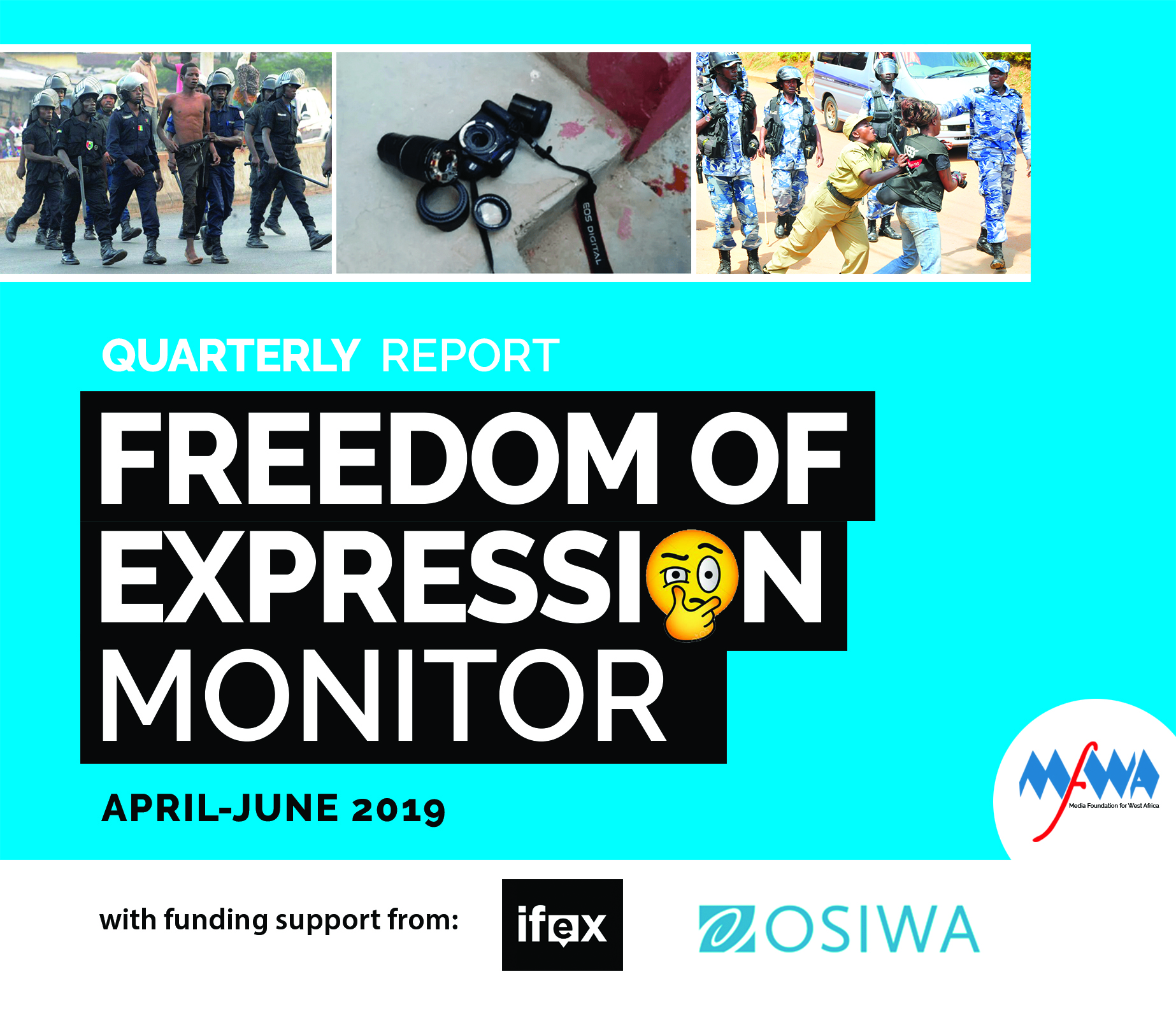 Over the past five years, the findings of the monitoring activities have been collated and analysed into quarterly reports titled West Africa Free Expression Monitor. Covering the period April-June, 2019, this edition of the Monitor recorded 47 violations in 11 countries.

The violation which occurred most frequently was arrest and detention with journalists and protesters bearing the brunt of 15 such incidents. Ten instances of physical attacks were recorded, making it the second most dominant type of violation.

Four protesters were killed, two each in Guinea and Benin, while the digital rights of the populations of Benin and Mauritania were violated via internet disruptions. Three incidents of shutdowns involving four media houses were recorded in Ghana and Nigeria.

Guinea recorded 11 violations to top the chart, followed by Ghana with eight and Mauritania with five.
With regard to the perpetrators, security agents carried out 24 violations, representing 51% of the violations, followed by state officials with nine. Individuals and political party affiliates perpetrated five violations each.

There were some positive developments in Ghana where President Akuffo-Addo assented to the draft RTI law passed by the country’s Parliament to complete the process.

The report concludes with a number of recommendations to stakeholders urging them to address the FoE challenges in the region.