Framework on Police-Media Relations and Safety of Journalists in Ghana 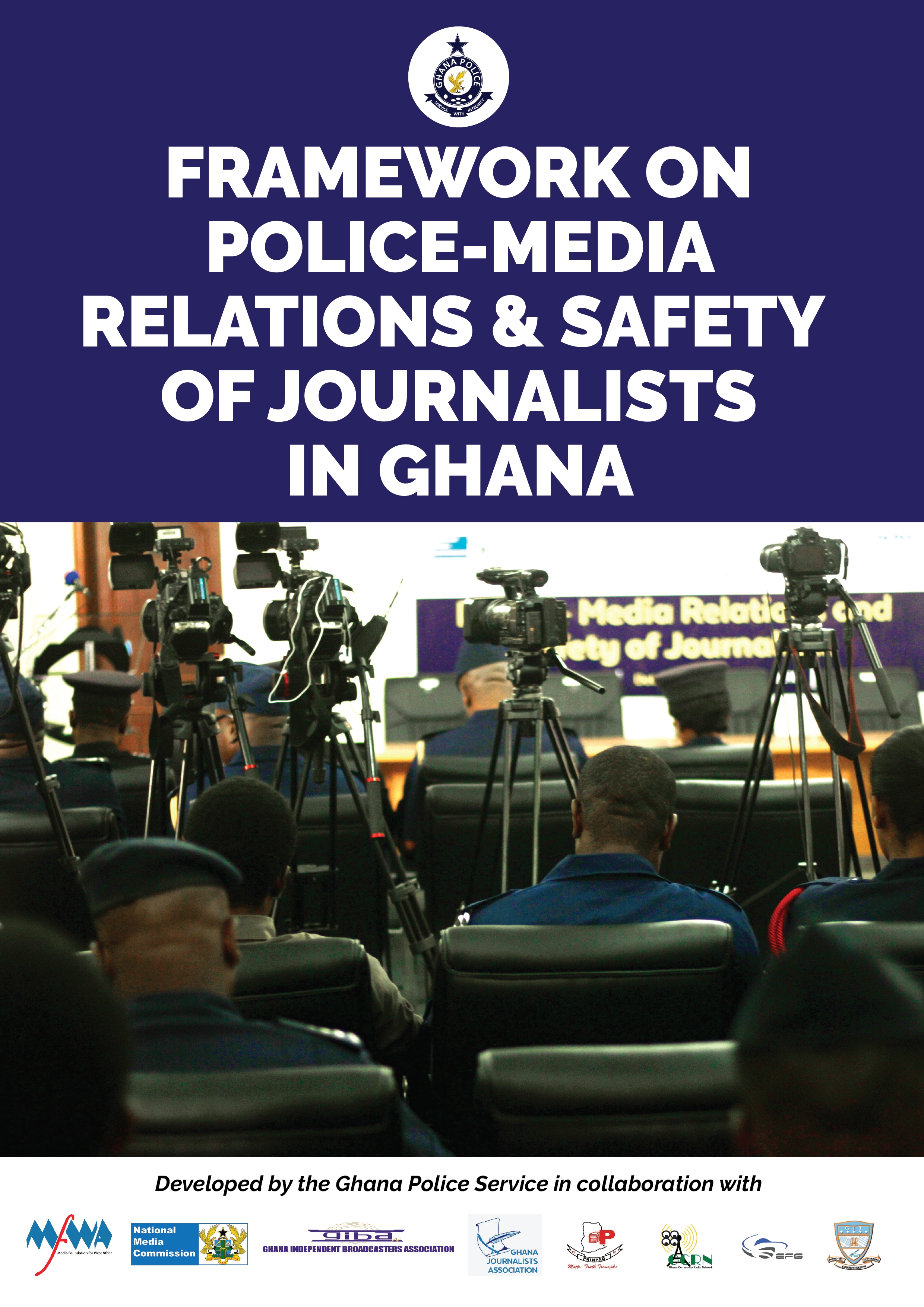 Despite Ghana’s legal guarantees to freedom of expression and its enviable record of having a good press freedom environment, journalists continue to face challenges such as physical attacks and threats in the discharge of their duties.

For the overall wellbeing of society, it is also crucial to build and nurture a mutually respecting and re-enforcing relationship between the media and the police. This can only be attained when the two parties have a deeper understanding of how they can co-operate and collaborate to support the fundamental human right of freedom of expression

In view of this, the Media Foundation for West Africa (MFWA) and other media actors, in collaboration with the Ghana Police Service, in 2018 began a process to improve relations between the media and the police.

To further strengthen and guide police-media relations for improved safety of journalists, it was agreed at the forum that a “Framework on Police-Media Relations and Safety of Journalists in Ghana” should be developed to spell out modalities for greater cooperation between the two bodies, end impunity for crimes against journalists and ultimately promote the safety of journalists.

The Inspector-General of Police and members of the Police Management Board endorsed the Framework at its meeting on 22nd May, 2019. The Framework was subsequently launched by an official of the Ministry of Interior.

It is aimed that this Framework will ultimately enhance police-media relations, promote and protect the safety of journalists and reduce impunity for crimes against journalists in Ghana.

Kindly click here to read the Framework on Police-Media Relations and Safety of Journalists in Ghana.