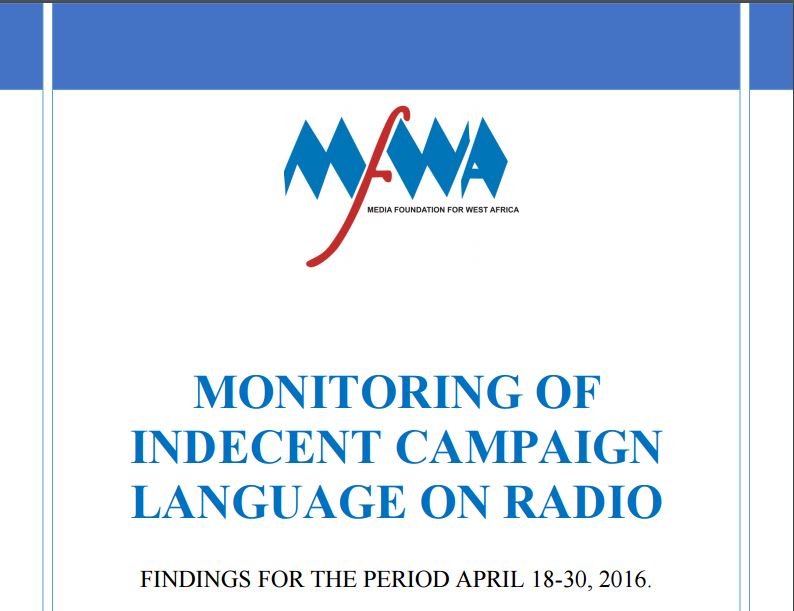 The Media Foundation for West Africa (MFWA) has released the first report of its campaign language monitoring project. The report, which is based on monitoring of 516 programmes on 40 radio stations for the period April 18-30, 2016, names political parties whose officials, affiliates and supporters used abusive language; individuals and radio presenters who used abusive language; and radio stations on which the indecent expressions were used.