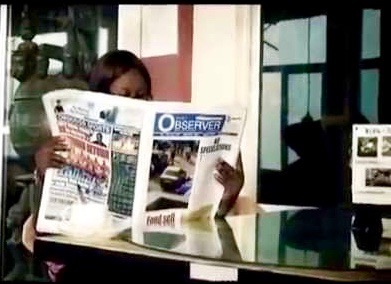 The Gambia Revenue Authority (GRA) has ordered the Daily Observer, a pro-Jammeh newspaper to cease operation.

Officials of the Gambia Revenue Authority (GRA) accompanied by two police officers went to the office of the newspaper on June 14, 2017, and ordered the staff to cease operation immediately.

The action of the GRA is as a result of non-payment of taxes by the newspaper for several years. It is not clear the number of years the newspaper has defaulted in tax payment but the estimated debt is 17 million Dalasis (about US$360,000)

After this change over of ownership, government officials reportedly planted stories in the newspaper and caused the removal of many journalists deemed critical of the government. Journalists who objected to the censorship acts by the government were threatened, dismissed or arrested. One of such victims is disappeared journalist Chief Ebrima Manneh who was arrested on July 7, 2006 and whose whereabouts remain unknown.

The MFWA’s sources say the GRA has indicated it will permit the newspaper to operate if at least 5 million Dalasis (about US$ 106,000) of the debt is paid. Judging from the media economy in the country, it is feared that the newspaper may be off the newsstands for a long time or even permanently.