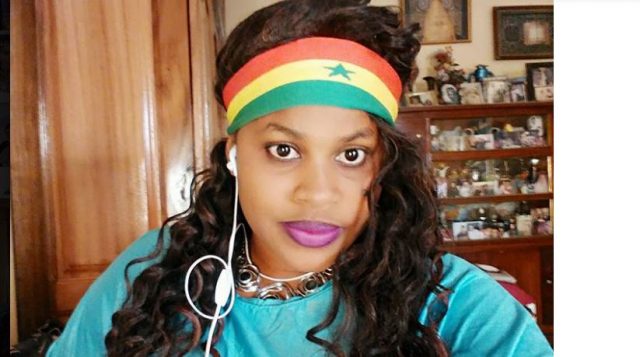 A Senegalese journalist was released on August 11, 2017 after spending over a month in detention for sharing a cartoon of President Macky Sall on whatsApp.

Ouleye Mané, who works for Touba TV, was detained on June 30 alongside three others on charges of “publishing pictures which offend public morality.” The photoshop image showed a naked body resting on President Sall’s chest.

The incident has caused great furore in Senegal with opinions divided. Some say the cartoon is offensive and transgresses the limits of freedom of expression. Others say the authorities have overreacted.

Critics of the government point to the President’s defense of free expression in the Charlie Hebdo case and accuse him of double standards for penalising a cartoon against himself.

For their part, la Convention des Jeunes Reporteurs du Senegal (CJRS), a reporters’ guild and national partners of MFWA, take a dim view of the detention of the journalist and her three friends, (two women and a man).

“Cartoon is a form of expression for journalists. Although we do not encourage insults and any form of denigration of the image of the president, this is a matter of journalistic responsibility and not of legality,” said Boubacar Boly, CJRS’ Director of Communication.

“As president of the Republic he has chosen to be under the spotlight. We therefore appeal to him to display a spirit of tolerance, to dissociate himself from, and live above this melee,” Boly appealed to the President.

The MFWA recognises the need for journalists to respect cultural sensitivities. Nonetheless, it is a matter of ethics which should not put journalists in prison. We urge the authorities in Senegal to drop the charges against Mane and the three others, and appeal to the media regulator to intervene to find an amicable settlement to the matter.