President Condemns Attack on Journalist, Yet to Sanction Bodyguard Who Perpetrated It 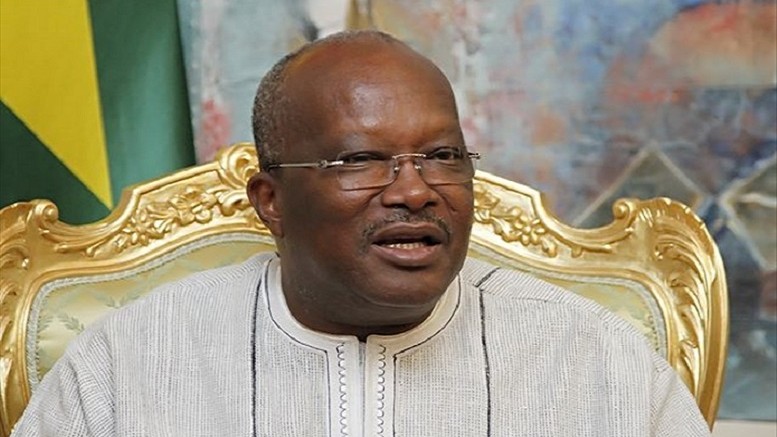 President of Burkina Faso, Roch Marc Kaboré, has condemned an attack on a journalist by one of his guards during an official ceremony.

The President is however yet to institute any sanction against his bodyguard, a gendarme, for abusing the journalist.

Guezouma Sanogo, a journalist with the state broadcaster, Office de Radiodiffusion –Television du Burkina (ORTB), was on May 13, 2017, attacked by the gendarme while covering the national farmers’ day celebration in the town of Kaya, some 100 kilometres from the capital, Ouagadougou.

The incident occurred when the bodyguard spotted that Sanogo had strayed beyond the security cordon at the ceremony. He instantly approached the journalist and shoved him violently. Sanogo tried to retreat but the bodyguard grabbed his face and shoved him some more and pinned him against a rope, amidst protests by the other media professionals present.

The press corps covering the event decided to boycott the ceremony in protest at the assault on their colleague. However, they eventually stayed out of respect for the Burkinabe farming community in whose honour the ceremony was being held.

When the President was informed about the assault later after the ceremony, he condemned the incident and called on security agents to respect citizens, especially journalists.

“I wish to state with all solemnity that I am sincerely sorry about what happened; it is not proper that such incidents should occur in this era”, the president said, while wishing the journalist “a speedy recovery.”

The media in Burkina have expressed indignation at the assault and asked for sanctions against the gendarme involved.

In response, the head of the presidential security regiment, Lieutenant-Colonel Baggna, has assured that “measures will be taken”, adding that we are opposed to wanton attacks on journalists and the public.”

The MFWA welcomes President Kabore’s condemnation of the assault on Sanogo as well as the assurance from the head of the presidential guards that action would be taken on the matter. However we had hoped that the President having condemned the incident will personally take an action against his bodyguard. Days after this attack on the journalist, however, we are yet to hear of any measures against the bodyguard. We therefore call on President Roch Marc Kaboré to demonstrate his commitment to press freedom by personally sanctioning the bodyguard.