Free Expression and The LawSafety of Journalists
July 3, 2020 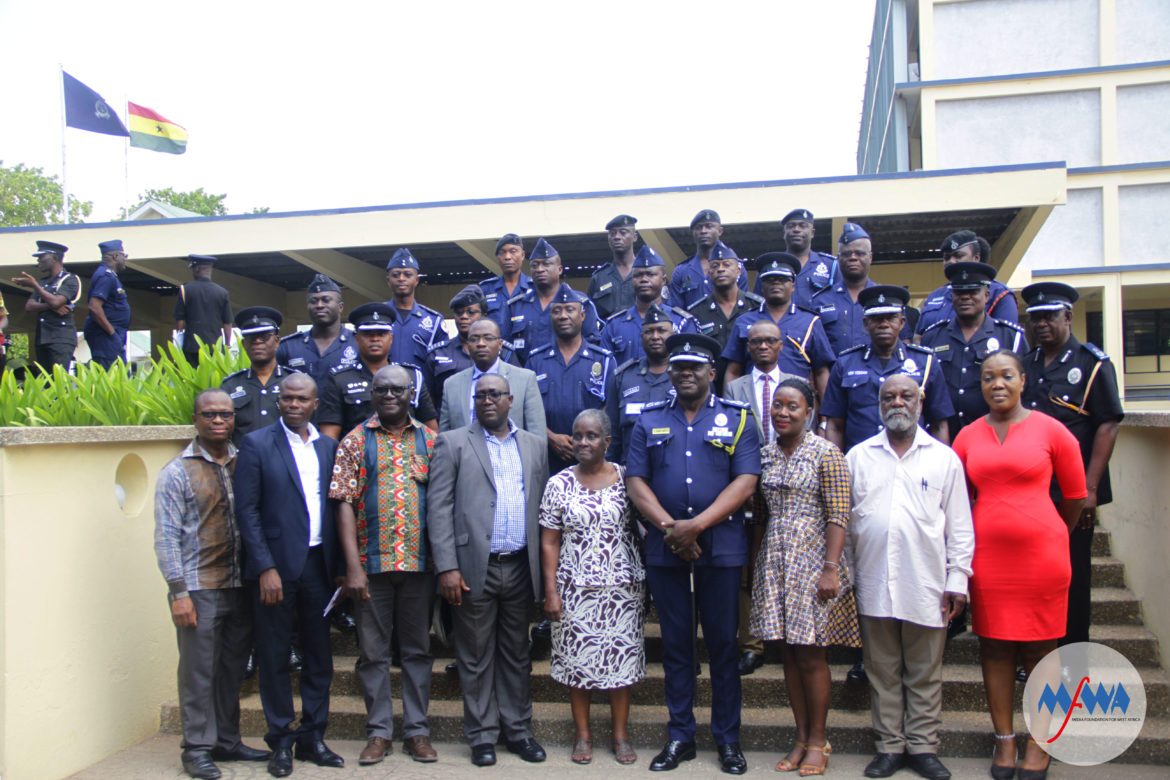 The Ghana Police Service (GPS) and major media stakeholders in Ghana have launched a manual on police-media relations. The manual is aimed at reinforcing relations between the Service and the media in order to enhance safety of journalists and ensure that perpetrators of violations against journalists are punished.

Officially termed the Framework on Police-Media Relations and Safety of Journalists in Ghana, the manual was launched at a forum held at the Police Headquarters in Accra on July 1, 2020. The forum was attended by the top brass of the Ghana Police Service, representatives of the Ministry of Information and media stakeholders including the Media Foundation for West Africa (MFWA), National Media Commission (NMC), Ghana Journalists Association (GJA), Ghana Community Radio Network (GCRN), Editors Forum-Ghana, Ghana Independent Broadcasters Association (GIBA), Ghana Institute of Journalism (GIJ) and Private Newspaper Publishers Association (PRINPAG). 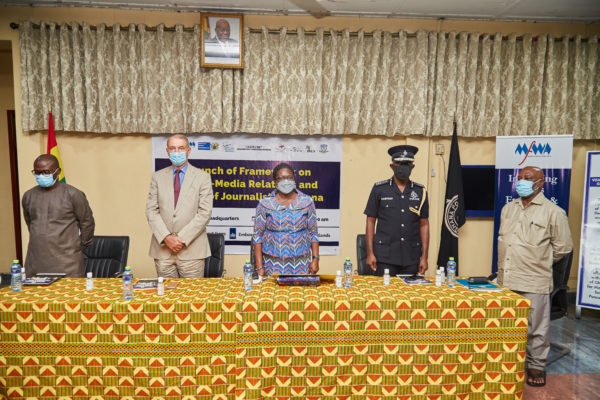 Launching the Framework, Mrs Adelaide Annor Kumi, Chief Director of the Ministry of Interior, expressed the hope that the Framework would foster excellent working relationship between the media and the Ghana Police Service for improved standards of policing and journalism. She called on the stakeholders to commit fully to the implementation of the recommendations of the Framework and pledged her Ministry’s support for the initiative.

The Framework follows a two year-long series of multi-stakeholder engagements and consultations facilitated by the Media Foundation for West Africa (MFWA) with funding support from UNESCO-IPDC, OSIWA and IFEX and the Netherlands Embassy in Ghana. 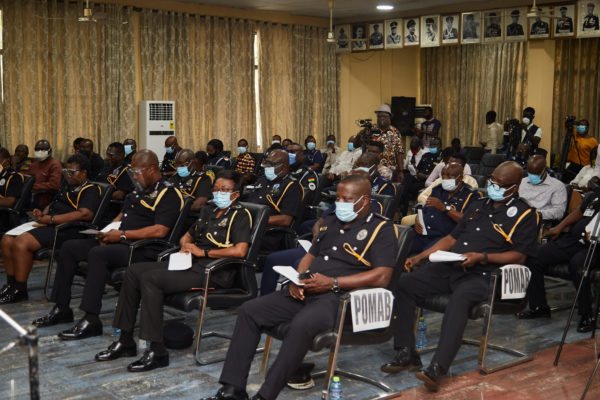 In his opening remarks, the Executive Director of the MFWA, Sulemana Braimah, recalled that the process began on May 22, 2019 at a time of tension between the media and the police following a brutal police assault on a journalist who was covering an event at the Police Headquarters. He added that the collaboration has helped in creating a healthy atmosphere of mutual respect and understanding. This rapprochement, he said, is expected to be boosted by the proposal in the Framework to establish a broad-based Media-Police Relations Committee.

Mr. Braimah explained that both institutions play crucial roles in promoting democracy and the rule of law. He added that the COVID-19 emergency and the approach of the 2020 general elections make it the perfect time to launch the framework.

Mr. Ron Strikker, Ambassador of the Netherlands to Ghana, expressed his government’s commitment to promoting the safety of journalists “as a human rights policy and a broader political policy.”

For his part, COP Dr. George Akuffo Dampare, Director General of Administration at the Ghana Police Service, who represented the Inspector General of Police, Mr James Oppong-Boanuh, welcomed the framework as a lever for advancing relations between two critical players in promoting good governance.

“This policy framework underscores the relevance attached to foster the Police-Media’s collaborative efforts aimed at promoting good governance in the country. The Police-Media collaboration which is at a bilateral level of cooperation, has the capacity to deepen democratic governance and dispensation,” COP Akuffo Dampare stated.

Mr Edmund Kofi Yeboah, General Secretary for the Ghana Journalists’ Association, observed that while the Police service as a statutory institution can sanction offending officers, media houses and journalists have often refused to submit to the disciplinary mechanism of the regulatory body or the professional association to which they are affiliated. This attitude of impunity on the part of the media could pose a challenge to the successful implementation of the Framework, he added. Kofi Yeboah also advocated that the Framework should be incorporated into the training curriculum of police training institutions and journalism schools, a proposal which was endorsed by Zakaria Musah Tanko, a lecturer at the Ghana Institute of Journalism.

The Executive Secretary of the National Media Commission (NMC), George Sarpong, hailed the Police-Media Framework as an important addition to safety of journalists’ mechanisms that his outfit and the Ministry of information have separately initiated. He called for a discussion on how to fuse the three initiatives into a broader national safety of journalists’ mechanism.

Presenting highlights of the Framework, Prof. Kwame Karikari, the project consultant, said the Framework does not give privileges to the Police or the media, but rather seeks to improve the two institutions’ understanding of each other’s constitutional roles for better cooperation in the service of the public. He said the media’s reporting duties often clashes with the security and safety directives measures of the police during public events.

“While Ghana’s constitution forbids censorship, the police are permitted to restrict media coverage in certain circumstances,” Prof. Karikari stressed, adding that “such restrictions must be provided for by law; must be proportionate and reasonable and must pursue a legitimate aim of protecting life, property, public safety and peace.” Prof. Karikari said because journalists are obliged to prioritise public interest at all times, it should not be difficult for them to find ways to dialogue and cooperate with the police in situations where their respective roles give rise to conflict.

He urged both bodies to take their members through the document, stressing that media houses could use a day to educate their staff on it.

The process of developing the Framework began on July 11, 2018 with a forum on Police-Media relations in Ghana which was addressed by the then Inspector General of Police, Mr. David Asante-Apeatu. Among the key recommendations of the forum was the development and adoption of a framework to guide relations between the Media and the Police.

Pursuant to this recommendation, a multi-stakeholder Committee known as the Committee on Police-Media Relations was set-up to drive the process. The Committee subsequently appointed Prof. Kwame Karikari as a Consultant to lead the process.

On June 20, 2019, the Police Management Board (POMAB) wrote to the MFWA to indicate its approval of the draft Framework that had been submitted to it on May 22, 2019, paving the way for its formal launch.