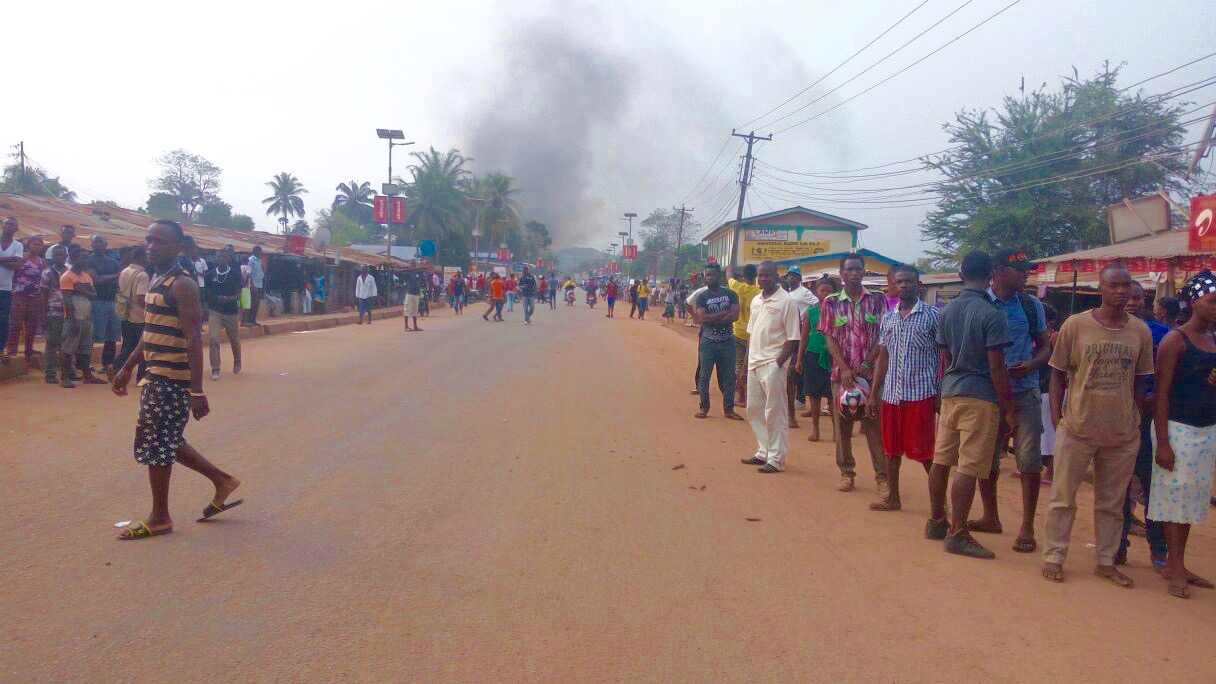 Police officers in Sierra Leone have killed one student, injured several others and arrested dozens in an attempt to quell protests by students of the University of Njala, located in the city of Bo in South-Eastern part of the country.

The students poured on to the streets of Bo on March 24, 2017 to denounce what they called “government’s lack of interest” in solving a strike action by lecturers which has held up their studies since November, 2016.

As part of the demonstration, the student protesters mounted barricades on the streets.  In an attempt to disperse them, the police threw tear gas into the crowd of protesting students, many of whom fell and got trampled while trying to flee from the acrid fumes. One student however died after being hit by a live bullet.

The Inspector General of Police, Francis Munu confirmed the death but insisted that he had given strict instructions to his men to make use of only tear gas.  Munu added that “thorough investigations will be conducted into the incident.”

Many civil society organisations have deplored the police brutality and have called for investigations into the incident.

The MFWA equally condemns the police use of excessive force against the peaceful student demonstrators.  We welcome the probe promised by Sierra Leone’s IGP into the latest incident in that country, and believe he will keep his word to ensure that the victims receive justice.