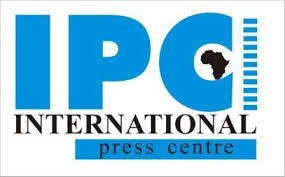 The International Press Centre condemns the unlawful detention of Tega Oghenedoro, Editor- in-Chief of Secret reporters by the Department of State Services in Asaba, Delta State.

Mr Oghenedoro now released, is popularly known by his pen name ‘Fejiro Oliver’ was detained for over twenty-four hours at the instance of Governor Ifeanyi Okowa, following a story he published on the alleged robbery incident in the Delta State Government House according to report by Sahara reporters dated June 2, 2020.

In a statement Lanre Arogundade, Executive Director, IPC said his detention by security operatives was illegal and unconstitutional, thereby violating his right to freedom of expression guaranteed under the constitution.

“Journalists have constitutional obligation to report issues of interest to the public and should not be barred or harassed in the course of such reportorial duties” he asserted.

Mr Arogundade urged the government officials to uphold democratic principles and refrain from abusive use of power and office to muzzle journalists and the other independent voices at the faintest criticism.