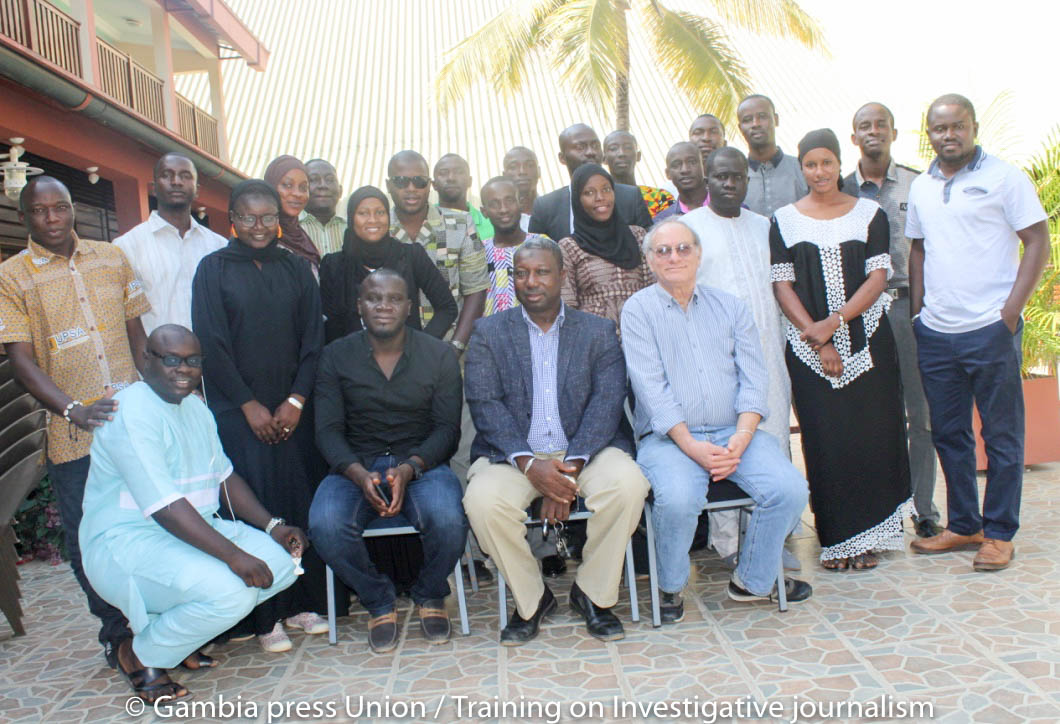 The Gambia Press Union has organised a five-day training  workshop on investigative journalism for 20 journalists from across the print, broadcast and online news media in The Gambia.

The workshop which began on Monday, May 20, 2019 was held at the Senegambia Hotel in Kololi aimed at reorienting journalists from the routine and  event-based journalism to serve as true watchdogs by exposing corruption, malpractices and inefficiencies in the interest of the public

The training workshop further aimed at reviving investigative journalism in order for the press to effectively contribute to efforts to strengthen democracy and sustainable development in The Gambia.

Speaking on the occasion, the Deputy Director General of the Gambia Radio and Television Services (GRTS), Abdoulie Gassama, said investigative journalism is not a witch-hunting exercise nor is it settling of scores but in-depth journalism with the sole objective of serving the public good.

“For all the years that I have worked as a journalist, I did not see any serious investigative journalism in this country,” said Mr Gassama who has spent at least 25 years in the media.“With the country now on transition, things are happening almost every day but the skills are not there to dig deeper to unearth some of these things.”

Mr Gassama also noted that with the advent of the social media, there are people with very little or no experience in journalistic work who want to take over the journalism profession.

“But the simple reality is that we should work very hard, get the necessary skills, and bring the best out of ourselves that will silence those who think they can do our job,” he said.

Sheriff Bojang, President of the GPU, said investigative journalism is more timely and relevant today more than ever before in The Gambia.

“We are very confident that at the end of the training, all of you will go into journalism that is full of impact, that will effect reforms in the country, name and shame people, and above all, journalism that will represent the collective needs of the Gambian people,” he said.

“We hope, as a union, that you the media men and women who are opportuned to be here would break barriers, become change agents and hold our government to account,” GPU president said. “When lies are told, you should be able to challenge them with the skills you would acquire here.”

He applauded Konrad Adenauer Stiftung (KAS) for funding the training, saying the importance of the programme cannot be over-emphasised.

The trainer, Raymond Joseph, a South African investigative journalist and fact checker, said the fact that The Gambia is open for business, means it is also open for corruption.
“Therefore, journalists have to be on the watch,” he affirmed.

Once a vibrant branch of journalism in the country, investigative journalism has over the years been on the decline, if not a tradition long gone.The declining practice is attributed to a number of factors but chiefly lack of adequate capacity and competence.