The GambiaFree Expression and The Law
June 25, 2019 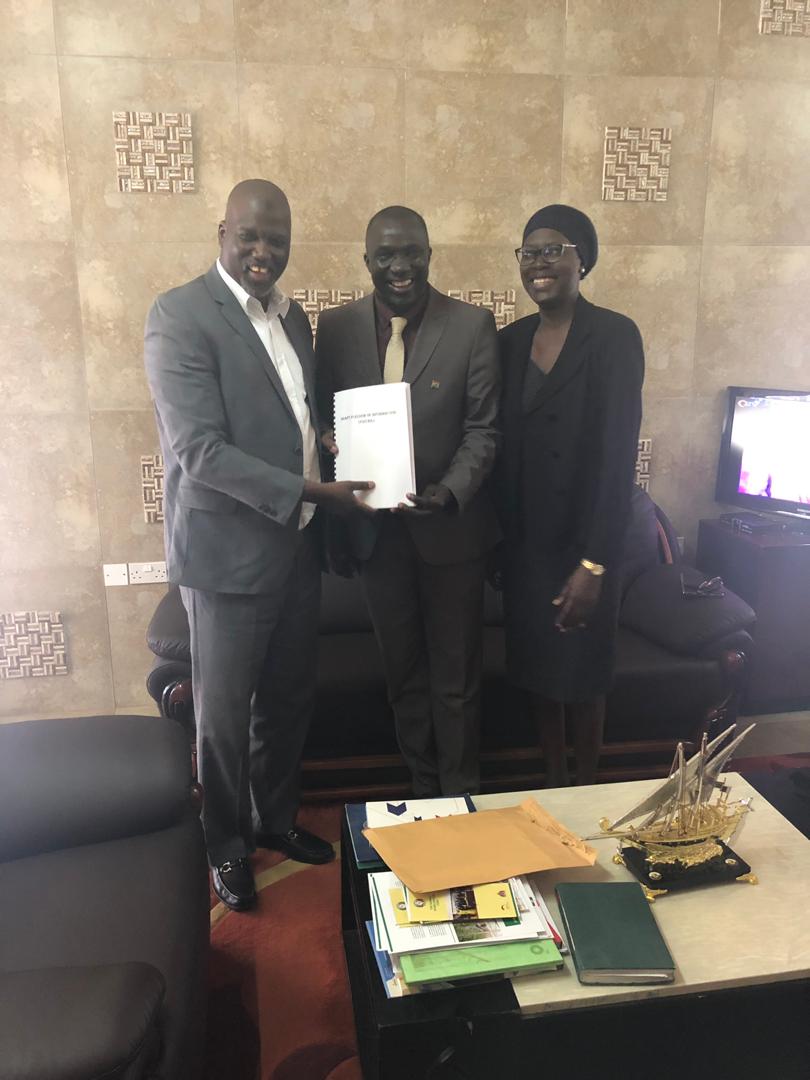 The chairman of the Coalition, Mr John Charles Njie, who led the delegation, lauded the government, Ministry of Justice in particular for its commitment to opening the democratic space and its engagement of the civil society on as many issues of national interest.

He said the draft Bill is part of the contribution of the civil society in complementing the government’s efforts towards an inclusive and citizens-led process of putting in place legislative guarantees for the exercise and enjoyment of right to information.

He added: “The civil society and the government cannot operate in isolation of one another. We value our cordial relationship and are seeking your support to promote and ensure collective ownership of the Bill.”
John informed the Ministry that the Bill has been shared with local and international partners as well as experts for comments. This is to ensure that the law that would be promulgated meets international standards while reflecting local realities.

On his part, Minister Tambadou welcomed the move by the Coalition to contribute to the process of developing policy around issues of freedom of information.

He added: “The government is committed to creating a transparent, pluralistic and democratic society. You can only have that when people have right of access to information. So, we will work together so that hopefully, we present something before the National Assembly by the end of this year.”

Also in attendance was the drafter of the Bill, Mrs Hawa Sisay-Sabally, a constitutional lawyer who was earlier described by the Minister as ‘someone with immense commitment and experience in matters of law, human rights and draughtmanship.

Up next on the Coalition’s agenda is a meeting with the Minister for Information and Communication Infrastructure, Hon. Ebrima Sillah.

The CSO Coalition on Freedom of Information is a consortium of more than hundred civil society organisations and citizen groups working in diverse fields, including health, child rights, local governance, human rights, education, media, governance, women’s rights, youth and academia. It aims to promote the participation of the ordinary citizens, through an organised civil society, in the consultative process and implementation of the freedom of information. The Coalition is under the auspices of TANGO, the umbrella body for NGOs in The Gambia while the Gambia Press Union serves as the coordinating agency.

This article was originally published on the gambiapressunion.org, the website of  Gambia Press Union, MFWA’s National partner in The Gambia.