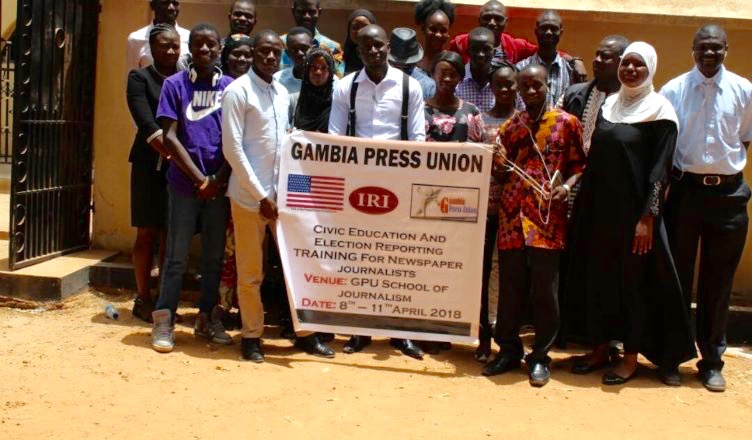 The four-day training was organised by the Union in collaboration with the International Republican Institute based in Washington, United States.

Speaking during the official opening of the training, Emil Touray, the President of the Gambia Press Union said the workshop was designed to strengthen the skills of Gambian journalists on election reporting.

He indicated that the workshop will give the journalists the the requisite knowledge for effective election reporting in the Gambian political space.

“The training will pay special attention to your job of how to go about collecting, reporting and disseminating objective and balanced information in the context of elections,” Mr Touray said.

The GPU President noted that the media has an important role to play in the electoral process – even as he thanked the International Republican Institute for being a ‘great partner in this very important initiative.’

“The role of the media in assuring credible elections is legendary. We found out there is a capacity deficit in respect of the way journalists in this country report and cover elections. This is why the GPU came up with this training. And we are ever appreciative of the United States Government International Republican Institute for their support,” he said.

In his remarks, top lawyer Dawda Jallow who is also one of the trainers said that the workshop was one of the ways for the GPU to build the capacity of Gambian journalists.

Jallow said the media plays a critical role in a democracy and so the training was aimed at equipping media practitioners with the capacity to carry out their reporting duties in the electoral process.