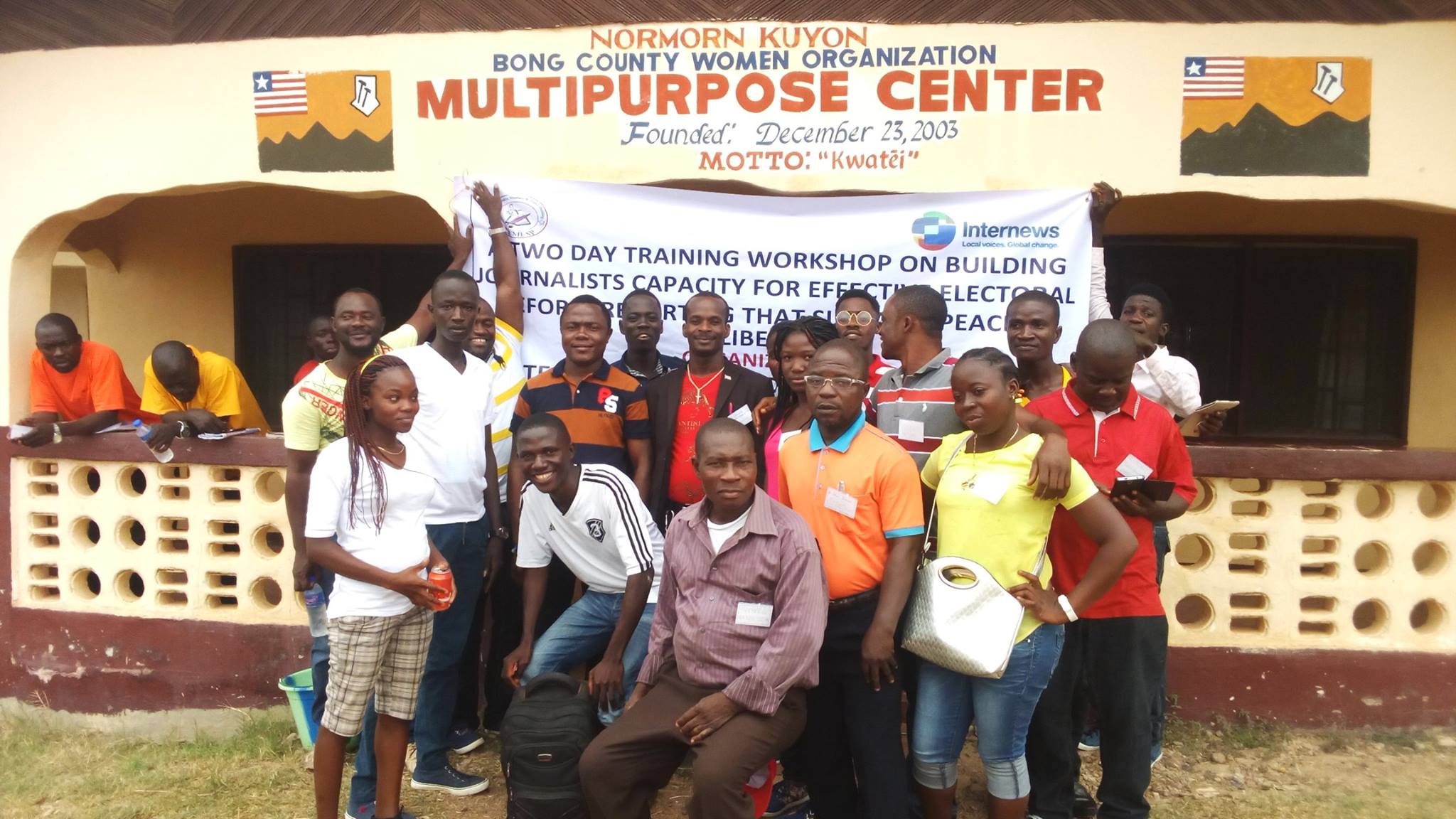 Monrovia 16th January 2016: Community Radio Journalists from Bomi, Bong, Margibi and Nimba counties as recipients of a two day training conducted by Center for Media Studies and Peacebuilding, (CEMESP) have expressed optimism that their coverage of the elections will be professional in advancing reforms that have been made to enhance the integrity of the 2017 elections.

The Liberia Media Development project supported by USAID through Internews is designed to come out with a handbook for effective elections reportage and coverage. CEMESP as implementing partner of the Liberia Media Development project had since engaged a local consultant to come out with a draft handbook based on ethical and professional imperatives in terms of what constitute elections media coverage and reportage, objectivity, accuracy, fairness, among other things. 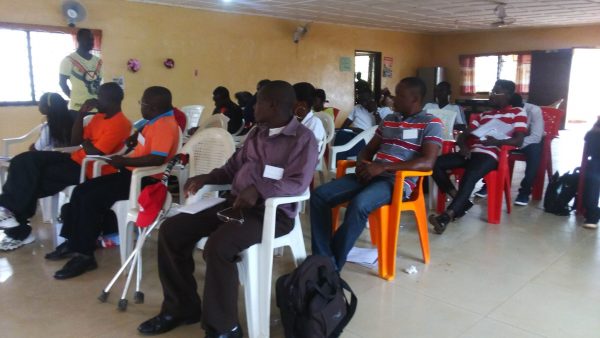 Using the methodology of mini lectures and drills from contemporary literature around these rudimentary journalistic codes of practices that are often taken for granted, CEMESP facilitators Albert Baron Ansu and Frank Sainworla ensured that participants went into groups to bring out local context that revealed the extent of these issues are complied with or not in the gathering and dissemination of content about elections.

Key provisions of the new elections laws were also projected for journalists to take note of in shaping the news angles. It has emerged from this training that even as journalists are falling short in ethical standards there are constraints and limitations undermining their resolve to be professional in ensuring access, balance, accuracy and fairness to all parties and aspirants.

One dominant concern that came from all the journalists trained is that they need logistics in transportation, computers, ancillary support and security assurance to reach out for and disseminate the untold and issue oriented stories. The training has helped these journalists to identify certain things they could do better without money in packaging stories that must be sent out to the voters in making informed choices. They have been made to see their midwife function in the dramatic transition of Liberia.

There is dimension of the project intended to develop jingles for broadcast to three community radios based on provisions of the new electoral law. The journalists said they have over the years built capacity in professionally composing these jingles in their studios rather than being recipients of pre-recorded jingles from Monrovia.

Community Radio Journalists have appealed to CEMESP and other partners to empower them in the production and airing of paid- for-jingles to augment their revenue mobilization opportunities, among other things. There was input from the community radio journalists as local content to the draft elections reporting handbook, which is going to be enriched in the step down training slated for Monrovia based journalists in February.

CEMESP cautioned them that this four months LMD project will take stock of their contents as a dimension of monitoring the watchdog in terms of gauging practical application of what has been transmitted to the twenty training recipients.