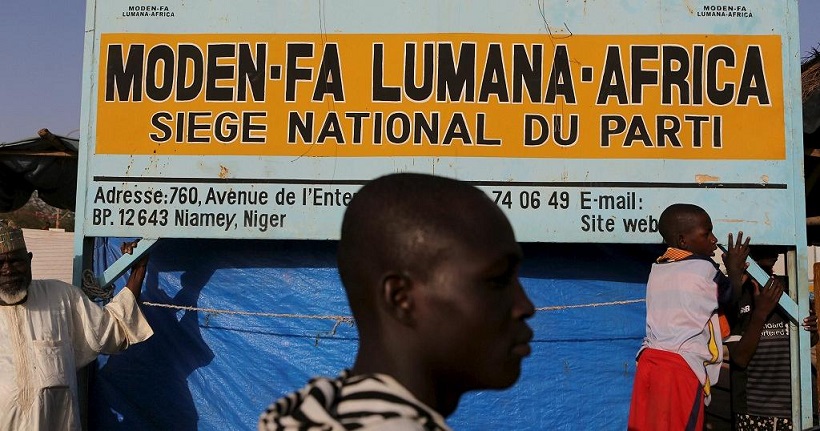 Ahead of the February 21, 2021 round-off presidential election in Niger, the Media Foundation for West Africa (MFWA) is concerned that the use of indecent campaign language on radio remains high and urges all actors to tone down. The monitoring of indecent expressions on Radio shows that 41 indecent expressions were used by various political actors, with affiliates of the opposition Moden Fa Lumana party as most Abusive on Radio for the month of December, when the first round of the election was held.

The 41 indecent expressions were recorded on 486 programmes monitored on 13 radios stations broadcasting in Niamey from December 1 – 31st. The indecent expressions are made up of provocative remarks (25), unsubstantiated allegations (8), insinuations (6), and inflammatory comments (2).

The report has also cited Bazoum Mohamed, flagbearer of the ruling party PNDS-Tarraya, and Mahamane Ousmane, Flagbearer of RDR Tchandji.

The Moden Fa Lumana recorded the highest number of indecent expressions (11), followed by the RDA (6), then the ruling party PNDS (5), the RDR (5), the PJP (3), the MNSD (3), the MPN (3), SDR (2), the FANN (1), RDN (1), and (1) from Amadou Issoufou Maiga an independent candidate. Among the most abusive politicians during the monitoring period are Hama Amadou, former flagbearer of the opposition party Moden Fa Lumana, Bazoum Mohamed, flagbearer of the ruling party PNDS, and Ibrahim Bana, head of communication of the Moden Fa Lumana.

Considering the rise in the use of indecent expressions, MFWA urges all political parties to commit to an issue-based campaign and calls on media outlets to refrain from using their platforms for the dissemination of indecent expressions ahead of the run off for the presidential election scheduled for February 21. 2021.

The language monitoring project is implemented in Niger by the Media Foundation for West Africa (MFWA) in partnership with its national partner, the Niger Observatory for Media Ethics (ONIMED). The project aims at promoting an issue-based campaign and peaceful elections during the 2020 general elections in Niger. The project is being implemented in Ghana and Niger with funding support from the Open Society Initiative for West Africa (OSIWA).

The Instrument being used for the monitoring of indecent language on radio, is also available here  (French version).