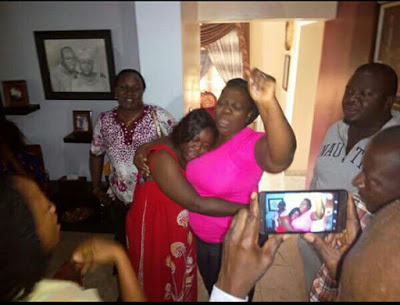 Kidnapped Nigeria journalist Iyuadoo Tor-Agbidye has been released and reunited with her family.

While details and conditions of her release are unclear, Tor-Agbidye is said to have been released to her family on December 6, 2016.

Tor-Agbidye was kidnapped in her home by unknown persons on December 2, 2016. The motive of the kidnapping of the journalist remains unknown but many believed it had nothing to do with her profession. Colleague journalists suspected Iyuadoo Tor-Agbidye’s kidnapping was a purely criminal act aimed at taking a ransom money from her husband, Achim Tor-Agbidye, a Zonal Manager of First City Monument Bank (FCMB).