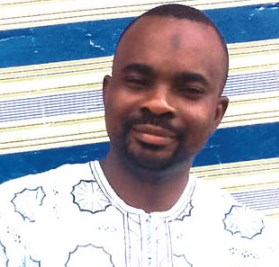 On June 3, 2015, political thugs suspected to be working for Ayodele Fayose, the governor of Ekiti State in South-west Nigeria, assaulted Kamarudeen Ogundele, the state correspondent of the Punch newspapers.

The MFWA’s partner organisation in Nigeria, Media Rights Agenda (MRA), reported that Ogundele was in Ado Ekiti, the state capital, to “gauge the mood following attempts by 19 state law makers from the All Progressives Congress to impeach the governor and the governor’s frantic efforts to frustrate the move.”

According to the MRA, Ogundele was taking photographs of women praying when thugs attacked and beat him “with various weapons”. His clothes got torn in the process.

“I was about leaving the place when I saw the women praying for peace to reign in the state.” Ogundele reportedly said. “I felt it was a spiritual approach to the trouble in the state, so I decided to take the picture. The thugs emerged from their hideouts and swooped on me.”

“I kept shouting ‘I’m a journalist’ but they did not show me mercy as they pounced on me”, added Ogundele. “They were like 50 persons kicking me all at the same time. They dragged me out of the car and continued hitting me. At a time, one of them went to carry a big plank of wood in an attempt to hit my head.”

Two policemen reportedly tried to intervene in the matter but they were over-powdered by the thugs. Later, the police reportedly helped Ogundele escape from the thugs.

Fayose reportedly apologized for the attack on the journalist, indicating he did not support the actions of the thugs.