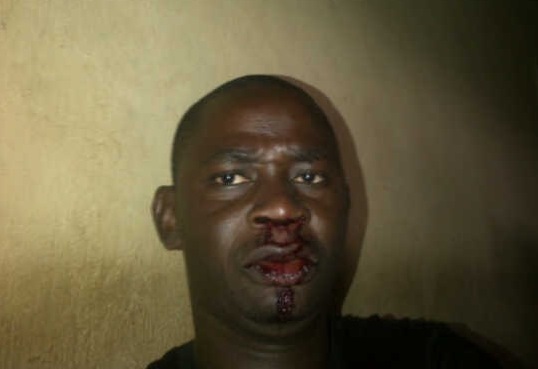 On June 2, 2015, policemen attached to Yaba Police Area Command in Ondo State, in Nigeria, physically attacked Victor Akinkuolie, a correspondent with The Hope, a state-owned newspaper.

According to the Daily Post website which reported the incident, Akinkuolie was brutalized for criticising the policemen. Akinkuolie was on his way to cover an event when he saw a police vehicle blocking a major route. He reportedly challenged the policemen in the vehicle and subsequently took an alternative road.

The police, however, trailed him to an area known as Idi-ishin where they ordered him out of his car.

“I immediately came down, and I saw policemen numbering five; they descended heavily on me beating me to comatose,” Akinkuolie reportedly told the Daily Post. “It took the intervention of some newspaper vendors in the area who rescued me from being brutalised.”

According to the Daily Post, Akinkuolie was treated at the hospital for his wounds.

“The Ondo Area Commander, Mr Nosa Osakwe, was not around during the attack”, the Daily Post reported. “But a senior police officer attached to the station promised to investigate the matter and ensure that appropriate action was taken on those officers found liable”.

The MFWA condemns this attack against Akinkuolie. We are increasingly worried about several instances of attacks against journalists in Nigeria this year, as no perpetrators have been punished yet. We call on Nigeria’s Inspector General of Police to ensure that the policemen who attacked Akinkuolie are punished in order to deter further acts of crimes against journalists and prevent impunity for such acts.