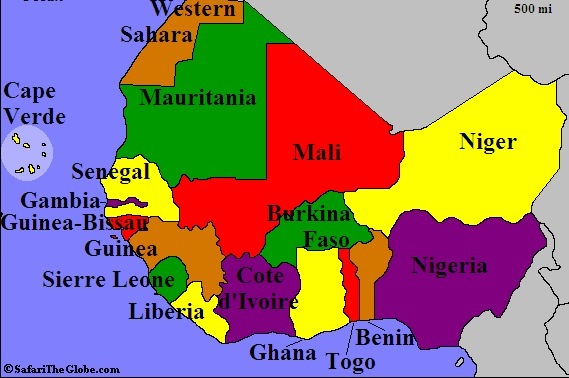 Niger and Nigeria were the greatest violators of freedom of expression and press freedom during the first quarter of 2015, a report by the Media Foundation for West Africa (MFWA) has revealed.

In Niger, law enforcement agencies used excessive force, including teargas, against journalists and demonstrators, in addition to arbitrarily arresting and detaining individuals. In neighbouring Nigeria, state and non-state actors physically attacked, threatened, arbitrarily arrested and detained, and censored individuals exercising their right to freedom of expression.

During the period covered by the report, incidents of violations were reported in ten countries, including Niger and Nigeria. The other eight countries are Benin (3 incidents), The Gambia (7), Ghana (3), Guinea (3), Guinea-Bissau (1), Mali (1), Senegal (3), and Sierra Leone (3).

Except in Mali and Sierra Leone, police or security forces abused free expression rights in every country that recorded incidents and were the top violators in the region. They perpetrated the majority of incidents of violations (25 incidents), contravening states’ obligation to respect and protect human rights, including the right to freedom of expression.

“State actors, including police and security forces, are directed by international, African, and West African treaties and protocols to respect and protect the safety of journalists and to fight against impunity,” said Anjali Manivannan, the Programme Officer for Free Expression Rights Monitoring and Campaigns at the MFWA. “Instead, we found a worrying situation in which police and security forces inhibit press freedom by violating journalists’ physical integrity, liberty, and security.”

Read the full report with executive summary and recommendations here.