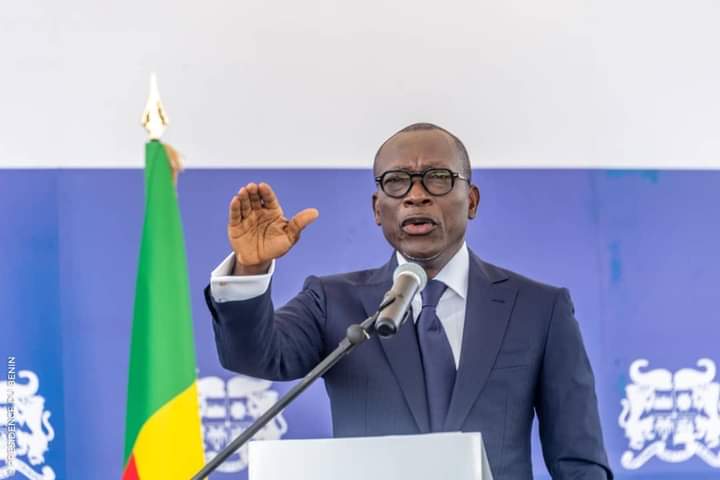 Benin has been one of the stable democracies in the West Africa region noted for stellar records on freedom of expression, press freedom, and digital rights. However, in recent years, the country has witnessed worsening safety of journalists situation and violations against freedom of expression. These violations are underlined by the passage of new repressive laws. In this report, Rachad Bani Samari, Programme Associate under MFWA’s Media and Good Governance Programme details how the media and dissenting voices in Benin are being silenced.

“The fear of going to jail is now a lethal weapon used by public officials to muzzle the press,” bemoaned Ignace Soussou, a 32-year-old Beninois investigative journalist, when asked about the situation of press freedom in the country. He gets tensed, a bit uneasy, and tries to crack a smile. Soussou has been a victim of jail terms being used to silence critical journalists.

In the early hours of Friday, December 20, 2019, around 5 am, Ignace Soussou and his family were rudely awoken from sleep following a flurry of bangs on their door. It was a group of armed policemen and anti-cybercrime officials. They had come to arrest Ignace for tweeting remarks made by Benin’s Public Prosecutor during a conference hosted by the French media development agency CFI.

“I did what all journalists do; publish information they believe is critical for the population,” Ignace explained. The Public Prosecutor, however, contested his remarks were taken out of context.

As Ignace was dragged without an arrest warrant to the quarters of the Central Office for the Repression of Cybercrime (OCRC), his five-year-old daughter watched and wailed uncontrollably, piercing the early morning quiet, while his wife leaned at the door, confused, her eyes soaked in tears.

The high-handed treatment of Ignace Soussou, who was later condemned to 18 months in jail for “harassment by means of electronic communication”, has now become a norm for journalists, bloggers, and online activists in the Republic of Benin, long touted as a democratic beacon, and a shining star for press freedom in Africa.

In 1991, Benin became the first West African nation under military dictatorship to return to democratic governance after Beninois voted out General Mathieu Kérékou who had seized power in a coup in 1972 and ruled the country for 18 years. The 1991 election marked the first time an incumbent military president was peacefully voted out in a West African nation.

The return to multiparty democracy ushered in an environment fertile for the development of the media and free speech as laws considered repressive to the press were repealed giving way to constitutional guarantees relatively protective of freedom of expression and of the press.

“1991 was like the springtime of the media,” recalled Guy Constant Ehoumi, former president of the media self-regulatory body in Benin ODEM. “There was a new constitution guaranteeing freedom of expression and of the press, and the creation of a regulatory institution to protect that freedom”.

Mr. Patrice Talon, the country’s current president, came to power in 2016 promising to consolidate Benin’s democracy. However, many media experts say he has rather weakened it, as his grip over the country has grown increasingly autocratic. Since 2016 Benin has fallen from 78th to 113th in the rankings of press freedom by Reporters Without Borders. The drop in the ranking is due to the adoption of a digital code to regulate the online content, critics say.

A Freedom full of traps – A new digital code

Benin has a population of 12 million and 6.499.553 million internet users. With the growing use of social media, the government deemed it necessary to regulate the online space. Thus, in 2018 the parliament adopted a digital code. One of the main issues addressed by the code is harassment online and the publication of fake news.

In its article 550 on harassment by means of electronic communication, it is stipulated “whoever initiates an online communication coercing, intimidating, harassing, or creating an emotional distress in a person, by means of an information technology system to encourage, and replicate a dangerous and hostile behaviour is punishable by imprisonment of one (1) month to two (2) years or fined any amount from five hundred thousand (500 000) to ten million (10 000 000) CFA Francs, or both”.

On the basis of the above article which also deals with the publication of fake news in its second and third paragraphs, at least 17 journalists, bloggers, and online activists, including Ignace Sossou, have been arrested and prosecuted in less than two years.

The most recent arrest occurred in January 2021 when Jean Kpoton, a good governance activist was arrested in Gestapo-style by a squad of policemen, and sentenced to twelve months in jail for commenting on a post alleging that the car used by the President, Mr. Patrice Talon, for his accountability tour across the country in 2020 was rented at 6 million CFA Francs daily. The arrest of Kpoton shows that the digital code is applied not only to journalist, but to citizens too.

“The digital code is all the more dangerous to freedom of expression because it is also applicable to citizens who are involved in or engage with online material found to be Fake,” says Guy Constant.

The freedom formerly enjoyed by citizens and the press in Benin is today at its lowest ebb. Thus, journalists and citizens find themselves in the throes of the law when exercising free speech, and the press operates in an environment kept under watch.

“The digital code is like a Damocles Sword hanging over the heads of journalists. It is a threat to freedom of expression in the country as it reintroduces the criminalization of press offences” says a prominent journalist in the country on conditions of anonymity.

Benin made history in 2015 after the adoption of an information and communication code. Although the code represents a major achievement for press freedom in the country as it includes the right to access information, and outlines easy process for the creation of a media outlet, it prescribes jail term for the publication of Fake News in its article 266.

Although the publication of fake news is a criminal offence under the information code, it had previously not been used against the media, experts in the country say. Since 2018, however, the wanton use of the digital code to crackdown on freedom of expression online in the country is alarming.

With two laws both criminalising press offences online and offline, the media in the country is between a rock and a hard place. The online space which was considered to be a safe haven for freedom of expression has become like hell and the propensity of public officials to drag journalists to court has created a climate of fear and a culture of silence in the press.

“Journalist are scared to do critical reports. The fake news tag can be pegged to their publications if it is not to the taste of an official. And we know the implications: Jail time. Today in Benin, it is easier to arrest and jail a journalist than a thief,” said Ignace Soussou.

The chain of disaster for freedom of expression and of the press in the country is further worsened by the harsh economic landscape in which the media operates.

Thirty years following the “springtime of the media in Benin, financial sustainability is still a severe test for private media outlets. Most media organisations in the country depend on communication and advertisement contracts from the government to stay afloat. Since the 90s till recent times, 80% of media outlets obtain 80% of their revenues from the government.

With a relatively small private sector, advertisements from the corporate sector are few and most of them are directed towards state-owned media organisations, to the detriment of private outlets.

In 1997, the state adopted a media support policy consisting of injecting yearly funds to support the media. In the 90s, the fund was estimated at 300 million CFA Francs, however, as the number of media houses increased, the amount was reviewed to 350 million CFA Francs. The fund has over the years helped media outlets survive the harsh economic environment, and used as a tool to improve media professionalism.

However, since the advent of a new government in 2016, private media outlets have seen their revenues from the state gradually dwindle. All advertisement contracts from the government, and the media support fund were suspended in 2016. It was only in 2018 when a part of the fund was released, but, since then, private media organisations have been left to struggle.

“The situation is worrying,” says ASSOGBA Fortuné, General Secretary of the media owners’ association in Benin (CNPA) “radio stations and Televisions get few contracts on communiqués, and airtime, but newspapers are dying”.

The situation is further worsened by a tax regime threatening to cripple the media in Benin as the government does not distinguish a media organisation from other lucrative businesses. Meanwhile, article 40 of the 2015 Information and Communication Code provides tax reliefs for the media.

“We are taxed as other profit-making businesses, meanwhile we are not making profit. The context has already forced TV Carrefour to close for some time before coming back amidst the sacking of a dozen of journalists. Several outlets might follow suit,” says ASSOGBA Fortuné.

Due to their financial vulnerability, the media in the country is perceived to have fallen prey to “political capture” by the regime, as the government has bilateral contracts with specific media outlets, who in turn feel beholden to it and reluctant to criticise its actions thus, undermining their watchdog role. This became further evident during the April 2021 presidential election when, the usually vibrant media, known to organise debates among parties, went silent.

“The current conditions in which the media operates make it difficult to criticise the government. We just ended an election during which we did not see any serious debates between candidates and critical reports on the government’s development projects,” said Guy Constant.

The weak financial sustainability of the media is threatening the very existence of credible media as some owners sacrifice their editorial independence on the altar of access to funds to survive. According to Reporters Without Borders,  since the Election of President Patrice Talon, pro-government reporting guidelines are sent to the press after cabinet meetings. This poses a serious threat to editorial freedom of the media.

The current context in Benin threatens freedom of expression and of the press, and calls for urgent multi-pronged solutions from stakeholders to turn the tide for a return to a resilient, responsible, and professional media industry working for the promotion of development. It is hence essential for:

Media owners and associations to: