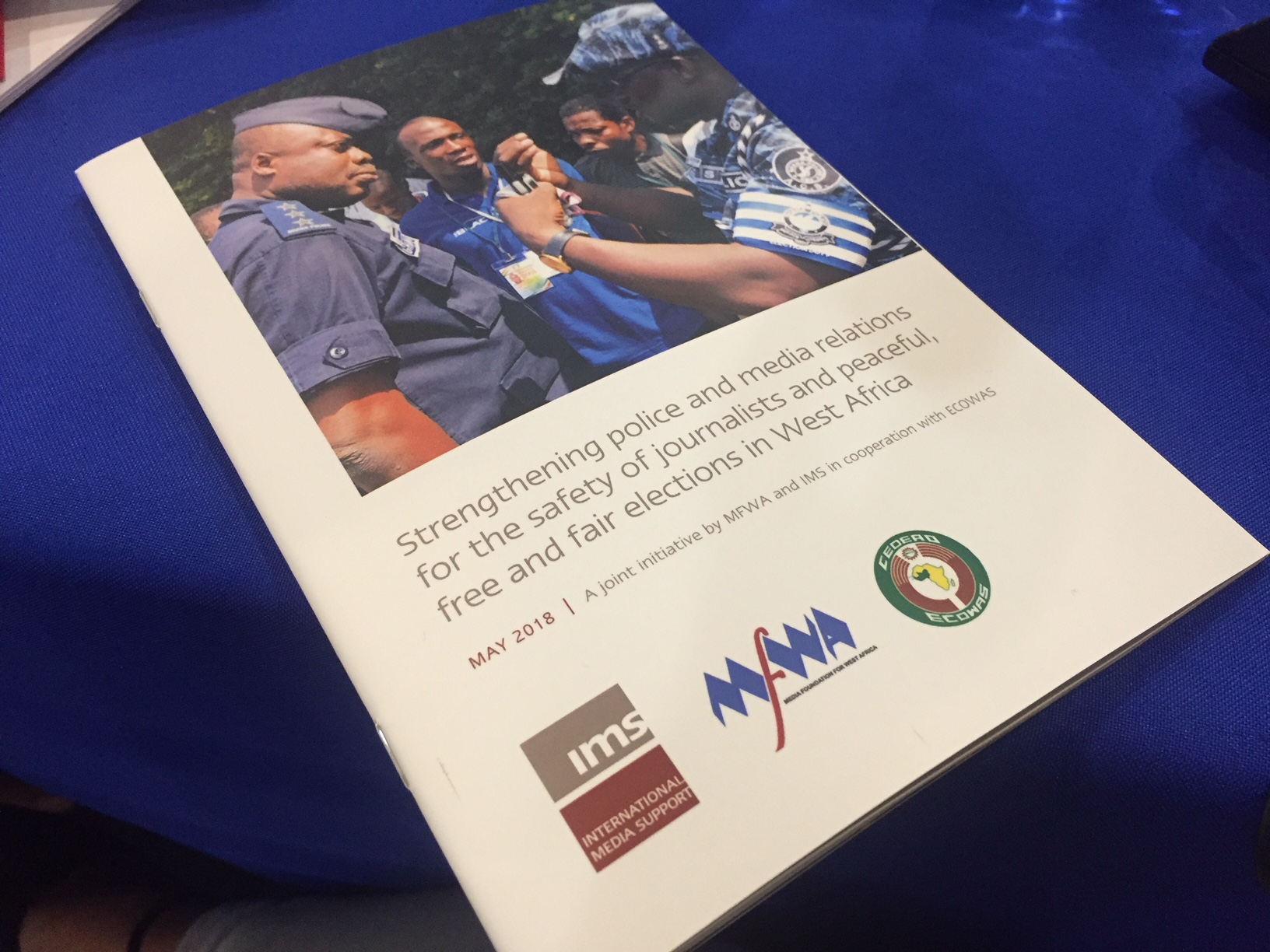 Both media and security forces have major roles to play during the electoral process. Yet their relationship is at times antagonistic. A new report out 1 May, underlines the need for mutual understanding and respect between police and media during elections.

The publication Strengthening Police and Media Relations for the Safety of Journalists and Peaceful, Free and Fair Elections in West Africa, is based on a joint regional initiative by International Media Support (IMS) and Media Foundation for West Africa (MFWA), in cooperation with the Economic Community of West African States (ECOWAS) and will be released on May 1 in Accra, Ghana, in advance of World Press Freedom Day celebrations.

Both media and security forces play important roles during elections, but their relationship has at times been somewhat strained. While both have crucial tasks towards creating preconditions for elections to be peaceful, transparent and successful, there is a need for the two parties to have a deeper understanding of their respective roles and responsibilities.

“Promoting a healthy and mutually respectful working relationship between media and security forces and ensuring the safety of journalists are critical to enable media to fulfill their role of providing important information to citizens during electoral periods,” said Jesper Højberg, Executive Director of the NGO International Media Support.

To address this and create an atmosphere of mutual understanding and dialogue, IMS and MFWA with the support of ECOWAS have engaged with partners in Ghana, Liberia and Sierra Leone to implement several complementary activities in each country that had as their focus dialogue between police and media and enhancing the safety of media workers.

As one Liberian participant said: “Half the job of controlling security is providing reliable information to the community and that means working with the media.”

This publication seeks to provide inspiration and guidance in the form of best practices with a particular focus on promoting a constructive working relationship between the security and media sectors and thereby create an environment conducive for peaceful, free and fair elections in maturing democracies such as those of West Africa.

“We hope that the comprehensive approach highlighted and described in this new report will contribute to a broader understanding in our region of the importance of journalists being able to access and disseminate information while doing so responsibly and ethically. With better mutual understanding, security forces can carry out their mission of maintaining public order while respecting freedom of expression and the safety of journalists.”

IMS and MFWA are prepared to facilitate similar election related dialogue processes with interested partners in the region based on the concept described in the report and in a continued cooperation with ECOWAS.

The report will be available online in both French and English. The english version is available here. For more information visit mfwa.org or www.mediasupport.org or write to hwa{@}mediasupport.org.