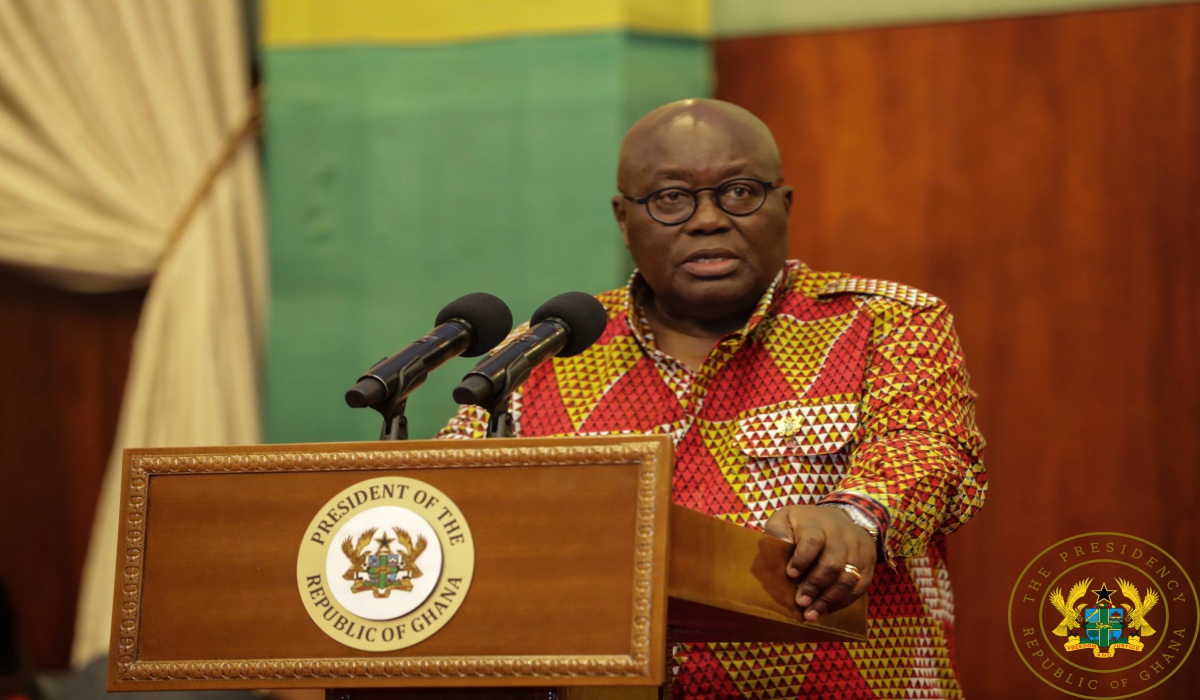 On Wednesday (December 19, 2018), the President of Ghana, Nana Addo Dankwa Akufo-Addo, hosted journalists in Ghana at the Jubilee House, the seat of government, to respond to questions on the state of affairs in the country and the performance of his government after almost two years in office.

The event, commonly referred to as the “Presidential Media Encounter”, has become a major highlight on the calendar of the government, media and advocates of democratic governance in Ghana. Today’s event is the second held by the current President within the year and the third since he assumed office in January 2017.

The Media Foundation for West Africa (MFWA) considers the engagement a crucial exercise that deepens the principles of transparency and accountability, which are key tenets in democratic governance. We, therefore, commend the President and the government for maintaining the culture of open and regular media encounters.

To help guide post-event reflections and to provide useful insights for future engagements, the MFWA presents its perspective on the media encounter. The analysis presented here assesses the overall arrangement and format of the event, quality of the questions asked, the performance of the President. The organisation also makes some recommendations for future encounters.

Format of the Event

This year’s event is a far cry from the previous engagements the presidency has had with the media. To start with, the programme started later than scheduled. This no doubt affected the number of questions that could be asked within the scheduled time. Also, the President’s introductory address was too long (40 minutes) and largely focused on praise-singing the achievements of his government. The President, whose speech took a chunk of the time, later spent too much time overly elaborating his responses to the questions asked. This contributed to journalists having less time to ask questions.

Additionally, the President interfered in the work of the moderator (Information Minister) regarding the selection of journalists to ask questions. Even though the information minister had anticipated and promised 70 questions from journalists, the President completely overturned the outline for the question session allowing just about 15 questions.

Furthermore, the Information Minister’s strategy to pre-group journalists and their questions under specific themes proved restrictive and made it almost impossible for journalists to ask follow-up questions.

A total of 14 journalists asked about 15 questions on various issues and sectors out of an anticipated 70 questions. The number of journalists allowed to ask questions was woefully low.

The MFWA found the questions below to be the good questions asked:

1. “Thank you Mr President, my question relates to the number 12 video that brought Ghana Football to a standstill. I’m just wondering your core lessons from that episode and how you think going forward, the relationship between the Football Association and government should be; because if there was anything from that episode, it was just sometimes the nature of it and how it affects everybody. What for you were the core lessons from it and how you intend to build the relationship between the next football association when elections are held? …” – Michael Oti Adjei of the TV3 (Media General).

2. “Mr President you have given us a very glossy picture of the economy. You said the IMF head was here recently but my knowledge of the IMF is like owners of a football club in Europe, the moment they give you the vote of confidence the next moment you are out. I want to know how this glossy picture is going to impact on the Ghanaian, because there appears to be a disconnect. We have very good figures in the books but ordinary Ghanaians are going to Christmas, most of them, complaining that there is nothing in their pocket…” – Ebo Quansah – The Chronicle Newspaper.

The MFWA found the following questions found to be weak:

2. “Merry Christmas, Mr. President. Thank you, Sir. Mr. President, on the 19th of the April 2015, a delegation from the ministry of health traveled to Michigan in the United States, and they were led by the director of policy, planning, monitoring and evaluation of the ministry, Dr. Afisah Zakariah. On their return, Dr. Zakariah filed this report I have in my hand. The main purpose of this trip was to visit some facilities in Michigan and also raise and solicit support for Ghana or for Ghana’s preparedness and response to Ebola. They were hoping to galvanise support to build ten regional infectious disease centres, rebuild the central medical stores facility in Tema, replenishment of medical supplies for the distribution centre that was lost to the fire disaster, distribution of medical supplies and also familiarise themselves with some proposals and some facilities there. She..in fact Dr. Zakariah secured the buy-in of the Michigan aerospace manufacturers association and they agreed in principle to build ten regional infectious disease centres, build and replenish a central medical store for the ministry of health, provide two ambulances for each of the ten hospitals and two helicopters. Mr. President, in that report, Dr. Zakariah also indicated that the Michigan aerospace…I’m sorry if I don’t build this background my question will be very meaningless. Mr. President, my question is this, you spoke about medical drones doing supplies. I am very much aware that on the 24th of August 2017 a group from the Michigan aerospace manufacturers association met with you, I want to understand the status of this proposal and also what is the difference between the current drone agreement we have from this very one” – Bismark Brown – Atinka TV.

3. “Good evening, Mr President, my name is Kojo Acheampong, I report for TV Africa, I would want you to give me your assessment on the  performance of your MPs with respect to the fisheries minister ministry. Thank you” – Kojo Acheampong – TV Africa.

Overall, the President was composed and demonstrated knowledge on many of the issues around which the questions were raised. In cases where the President did not have an idea or could not respond to a question, he demonstrated forthrightness. In some other cases, he invited his sector ministers to provide the appropriate responses to the questions raised. For example, in the case of the alleged arson attack at the Tema Central Medical Stores, he made it clear that he did not know the status of the investigation and called on the Minister of health to respond to the question.

This notwithstanding, one low point of the President’s performance was his comparison of his government’s medical drone deal to that of the SADA Guinea fowl issue under the erstwhile Mahama government which was petty and unnecessary.

Again, instead of the President answering the question regarding the current Oslo issue, the president deferred to the sector minister saying “the foreign minister will not allow me to answer the question”. Given that the minister had been all over responding to the question throughout the week, the question presented a perfect opportunity for the nation to hear othe President on the matter.

The worst moment in the president’s performance was his attempt to discount and discredit important national issues raised by Think-tanks in the country. The President’s comments seem to devalue the work of Think-tanks especially their critique of his government’s free SHS policy. The President also at some point came across as overly defensive, impatient and in a hurry.

Again, he spent a solid 40 minutes reading a long speech obviously hailing himself and his government. His responses to some of the questions asked by journalists were also overly elaborative. For instance, he spent about 20 minutes responding to the first set of six questions asked.

Other critical issues that were missed

Challenges in the Health sector

-The ‘no bed syndrome’ issues in the hospitals

In future encounters, the President should limit the time of his address to allow for more questions from the media.

The presidency must consciously allow more time for such media encounters in the interest of transparency and accountability.

Moderators of such encounters must deliberately ensure gender-balance in the selection of journalists during questioning session.

Journalists should adequately prepare and ask questions that have been well researched with proper background and context.