MFWA to Launch Access to Information Project in Wa 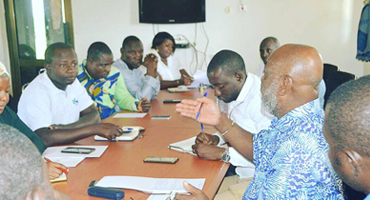 The Media Foundation for West Africa (MFWA) will on Thursday, July 20, 2017 launch the Access to Information project in the Upper West Region of Ghana.

The Special Guest for the launch is Sulemana Al-Hasan, Upper West Regional Minister. Other stakeholders include the Chief Executives of Wa Municipal, Lawra, Wa East, Wa West and Sissala East Districts. Representatives from Civil Society Organisations, religious and traditional authorities, media groups and the general public will participate in the launch.

The launch will take place at Upland Hotel in Wa at 10.00am.

The launch is being organised with funding support from Open Society Initiative of West Africa (OSIWA).