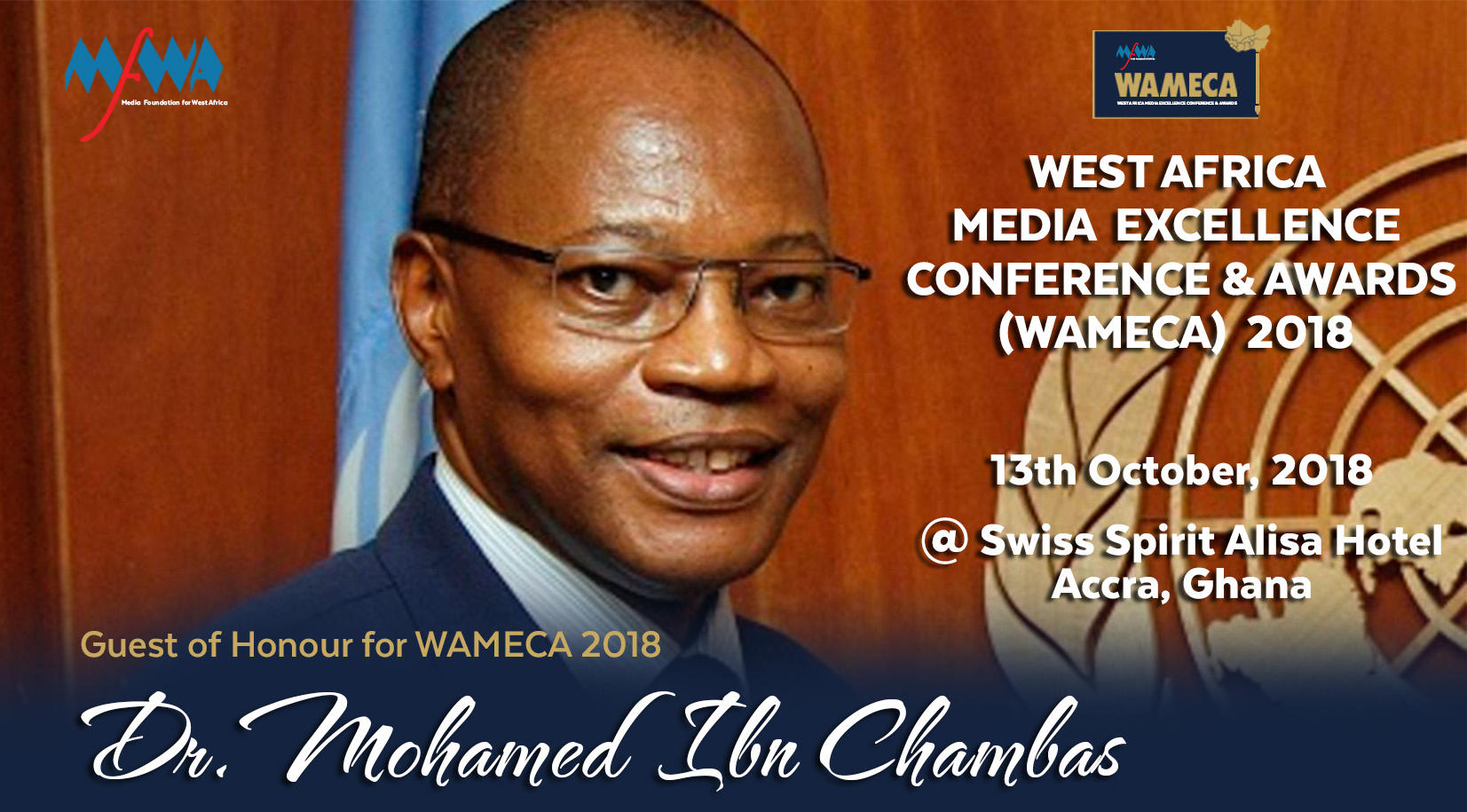 The 2018 edition of the West Africa Media Excellence Awards will be held on October 13 at the Swiss Spirit Alisa Hotel in Accra, Ghana.

The Media Foundation for West Africa (MFWA) will host distinguished diplomat and the Special Representative of the UN Secretary General and Head of UN office for West Africa and the Sahel, Dr. Mohamed Ibn Chambas, as the guest of honour at the Awards Ceremony.

As the guest of honour, Dr. Ibn Chambas will make remarks on the significance of the media to development in West Africa as well as present the award to the overall best journalist in West Africa.

The West Africa Media Excellence Awards is an initiative of the MFWA to promote media excellence in the sub region. The Awards Ceremony honours West African journalists who have produced compelling works which have had significant impact on society.