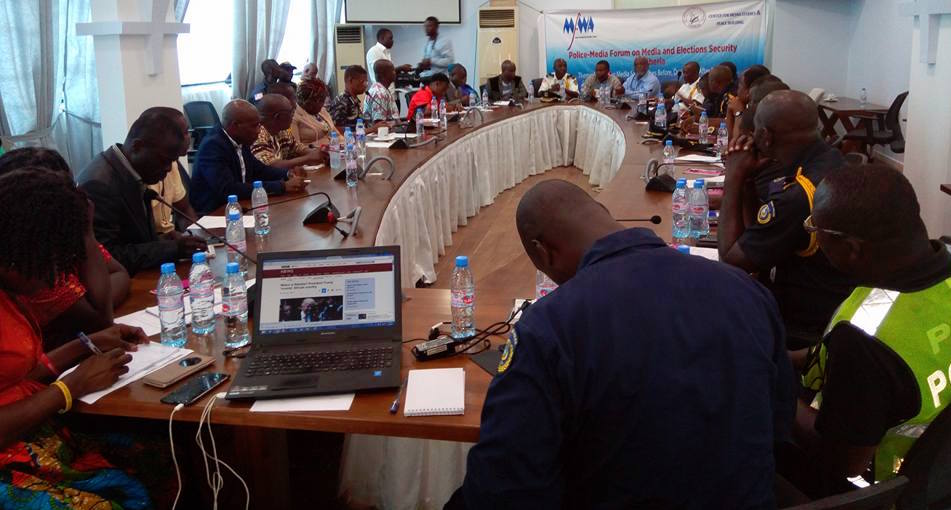 The Media Foundation for West Africa (MFWA) in collaboration with its Liberia-based national partner, Centre for Media Studies and Peacebuilding (CEMESP) will on Friday, February 9, 2018 hold a Post-Election Police-Media Forum at the Corina Hotel in Monrovia, Liberia at 9:00am.

The forum which will bring together stakeholders from the media, Liberia National Police, ECOWAS, United Nations Mission in Liberia (UNMIL), Press Union of Liberia (PUL), National Electoral Commission, and civil society organisations, will deliberate on the role of the media, media safety and media-police relations during the 2017 elections. The forum will also discuss ways of strengthening media-police relations in Liberia including the possibility of having media focal points within the police service at both national and county levels.

The event will be facilitated by renowned Media and Communications Expert Prof. Kwame Karikari, and will feature presentations and a panel discussion on key issues such as the media’s coverage of the elections, election security, media safety and media-police relations during elections.

The Post-Election Police-Media Forum is being organised with funding support from the International Media Support (IMS), Copenhagen, Denmark.