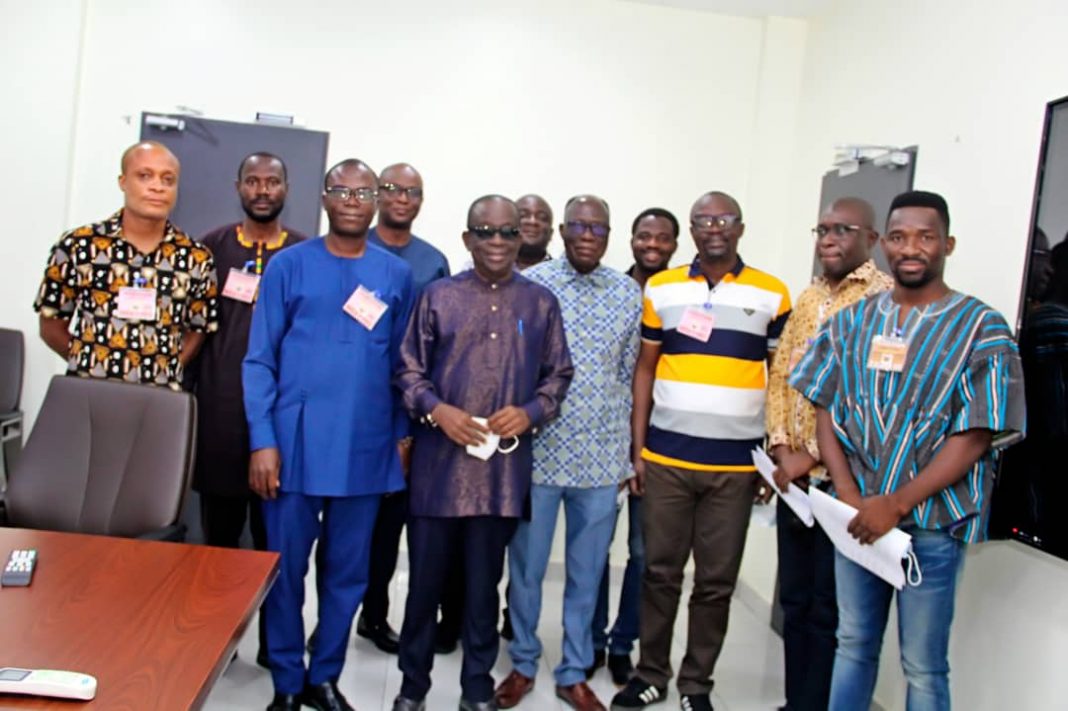 The meeting, which involved journalists who had been victims of brutality and serious threats, discussed matters relating to the involvement of national security personnel in brutalities against journalists and what could be done by the leadership of the National Security Ministry to end such attacks.

The meeting followed a petition that was signed by 642 journalists and supporters of press freedom, urging the National Security Ministry and Parliament to take steps to end the wave of attacks on journalists in the country.

The petition to the Minister and Parliament was prompted by a series of threats and attacks on journalists in the country including a scathing verbal attack on Mr. Erastus Asare Donkor of the Multimedia Group by the Member of Parliament (MP) for Assin Central, Mr. Kennedy Agyapong. The MP had called for physical attack on the journalist over his reports on violence that broke out in Ejura, a town in the Ashanti region of Ghana.

In 2019, the same Assin Central MP issued similar verbal attacks and threats against Mr. Ahmed Suale who worked with investigative journalist, Anas Aremeyaw Anas. Months after the threat, Ahmed Suale was shot dead by unknow assailants. No arrests have since been made for the crime.

Led by Sulemana Braimah, the representatives of the petitioners reiterated their concerns about the threat against Erastus Asare Donkor and demanded action by government to call Mr. Kennedy Agyapong to order. They deplored the raid on the premises of Citi FM/TV by National Security operatives and the arrest and torture of its journalist, Caleb Kudah.

The team also condemned the brutal assault on Peter Tabiri, a correspondent of Pent TV in the Western Region, also by National Security operatives and expressed deep concerns about the continued lack of redress for the arrest and torture of Emmanuel Ajarfor, Editor of ModernGhana.com as well as the killing of Ahmed Suale.

Responding to the concerns, the Minister, flanked by the National Security Co-ordinator and the Deputy National Security Co-ordinator, expressed regret over incidents of attacks against journalists involving national security personnel. He said the Akufo-Addo Administration values the work of the media as an important part of democratic governance and remained committed to promoting press freedom and protecting the safety of journalists.

Hon. Kan-Dapaah affirmed his personal commitment to ensuring redress for violations against journalists, particularly those committed by National Security operatives. He called for a stronger and cordial relations between national security and the media indicating that such a collaboration and relation will contribute strongly to democratic consolidation, and the peace and security of the country.

The other representatives of the petitioners at the meeting were Kofi Yeboah, General Secretary of the Ghana Journalists Association (GJA); Muheeb Saeed, head of the press freedom and freedom of expression programme at the MFWA; Manasseh Azure Awuni, Editor-in-Chief of The Fourth Estate; and Richard Mensah, News Editor of Citi FM/TV. The rest were Emmanuel Ajarfor, Editor of ModernGhana.com, Erastus Asare Donkor of Luv FM, George Mbeah, the Multimedia Group’s Head of Legal.

Mr. Kan-Dapaah thanked the MFWA team for the engagement and called for ways to collaborate, engage and educate the media on the work of security agencies and also educate security operatives about the work of the media.