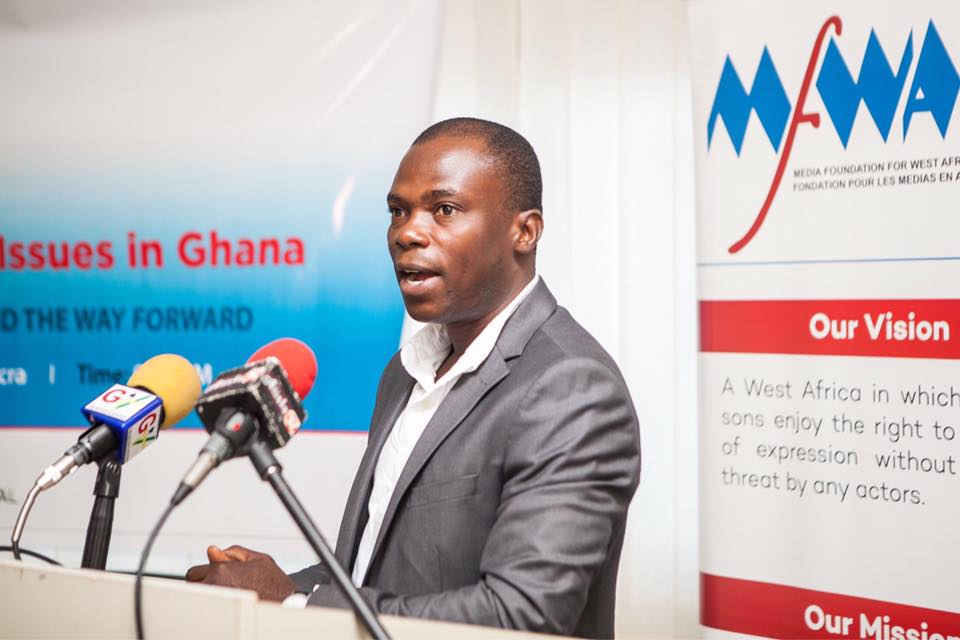 The Media Foundation for West Africa condemns unequivocally the molestation of a journalist by the Omanhene (traditional chief) of Wassa Akropong in the Western Region of Ghana.

Omanhene Tetre Akuamoah Sekyim II is reported to have summoned Larry Saint, a reporter for Rivers FM to his palace on October 10, 2017 and questioned the journalist over critical remarks he made about him on a WhatsApp platform. The chief subsequently forced Larry Saint to kneel in the sun for about three hours.

Following the killing of a native of the gold-mining town by a Chinese national on October 7, 2017, Larry Saint reportedly posted a comment on a WhatsApp platform for local journalists in which he accused the chief of showing no interest in the welfare of the youth.

The voice was circulated and the chief having heard it, summoned the journalist to his palace and subjected him to the degrading treatment of kneeling in the scorching sun.

As if he had not humiliated the journalist enough, the Omanhene called the police to arrest the journalist. Western Regional Police PRO, ASP Olivia Diku confirmed the arrest to Joy FM based in Accra, and added that they are investigating the matter.

The Programme Manager of Rivers FM, Sieh Barnasco Matthew, also has confirmed the incident to the MFWA, adding that the Management of the station is yet to decide what line of action to take.

Speaking to Joy News on October 13, 2017, the Executive Director of the MFWA, Sulemana Braimah, condemned the action of the chief. He also took the police to task for arresting the victim at the request of the chief.

“It is a regrettable development, and to know that the police acted the way they did is unfortunate.” Mr Braimah said.

The journalist, and indeed any citizen for that matter, has a right under Ghana’s 1992 constitution and even under our traditional governance system, to express a critical opinion about public office holders including chiefs. Moreover, it is part of the traditional ethics of our elders and chiefs to turn a deaf ear to invectives aimed at them but not directly expressed in their presence. Omanhene Tetre Akuamoah Sekyim II’s action is therefore, not only at variance with this traditional code but also betrays his inability to tolerate criticism, which is a vital leadership quality.

The MFWA views the Omanhene’s conduct as a flagrant violation of Larry Saint’s dignity as a human being and gross disrespect for journalists. We therefore condemn it unreservedly and call on all well-meaning Ghanaians to join the MFWA to ensure that this case of abuse of power is appropriately remedied.